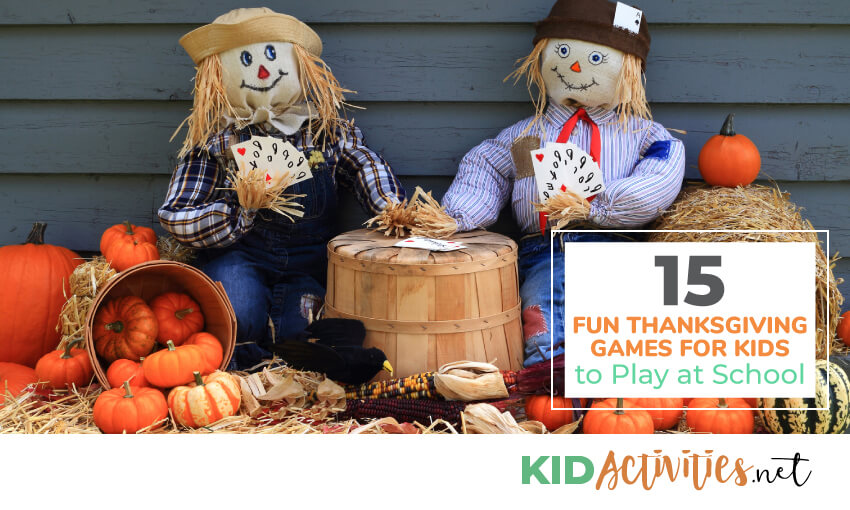 Whether you are looking for some Thanksgiving games for kids in the classroom or at your family get together, we have you covered. Kids love playing these games. In fact, you may find that they don’t want to quit. This is a good problem to have.

Thanksgiving games can be a great way to mix a lesson plan with entertainment. Not only will the be having fun, but they will learn about this traditional holiday.

We hope you enjoy the following games and activities. 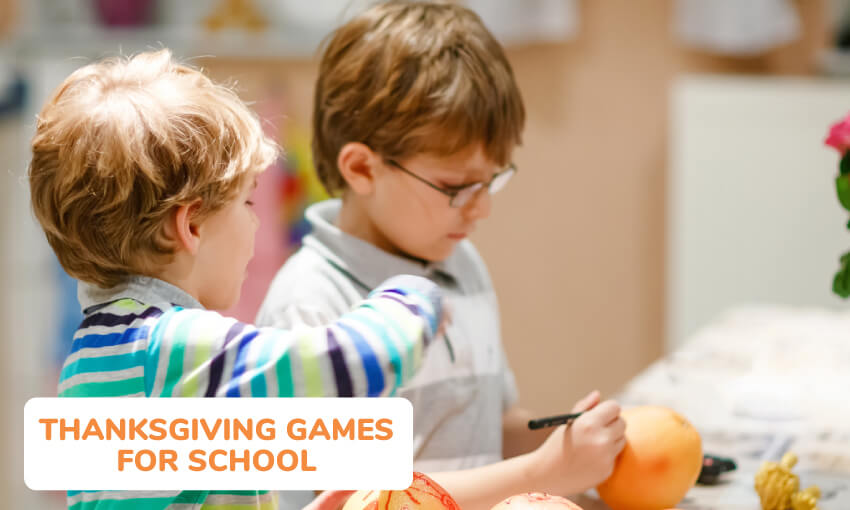 Give participants a prize with fun distinctions:

“Loudest turkey”, “Most authentic”, “Most likely to be spared”, “Cutest turkey”, etc. This activity can also be turned into a relay race with the group split into two teams. Loud, but fun! (Ages 4-Adult)

With a larger program, this could be a ‘choice’ game or play with different groups at different times. (While the program is going on with choices of activities, kids could sign-up on pre-made sheets for their game time and group!)

Make it more interesting by choosing music based on the movement you’d like to elicit.

Hunt quietly; you don’t want to scare the turkeys…

On a dozen or more index cards, draw or paste a picture of a turkey. The amount of cards you will have depends on the number of children you have–and how many groups they will be divided into. Each group should consist of about 12 hunters (children) and 12 cards.

Tip:
Let children make the cards before the Holiday. They’ll find lots of magazine pictures and can color some as well!

More Info: The leader may give the same name to more than one person.

This game can be confusing at first, but it is fun!

You can make a mascot by taping a colored-paper turkey head to one end of a football. You can also simply stuff a brown bag with crumpled newspaper and draw on a face with colored markers.

This game makes for a fun transition activity.

Instead of saying… At Thanksgiving dinner, I like…you could say:

Suggestion: Make a flip chart with numbers from 1 to 20–so each time a question is asked –the number is flipped. This can also be played with other holidays/themes/seasons!

You could also keep score by making 20 paper turkey feathers. Each time a question is asked, a feather is removed from the pile.

This thanksgiving activity is great for connecting and as an ice-breaker!

If you haven’t checked out the FALL/AUTUMN GAMES-do so now. There are more than 40 games using pumpkins, gourds and leaves that would be great for Thanksgiving! An  example is:

This tag game is good for October to December because of apple and pumpkin pies! 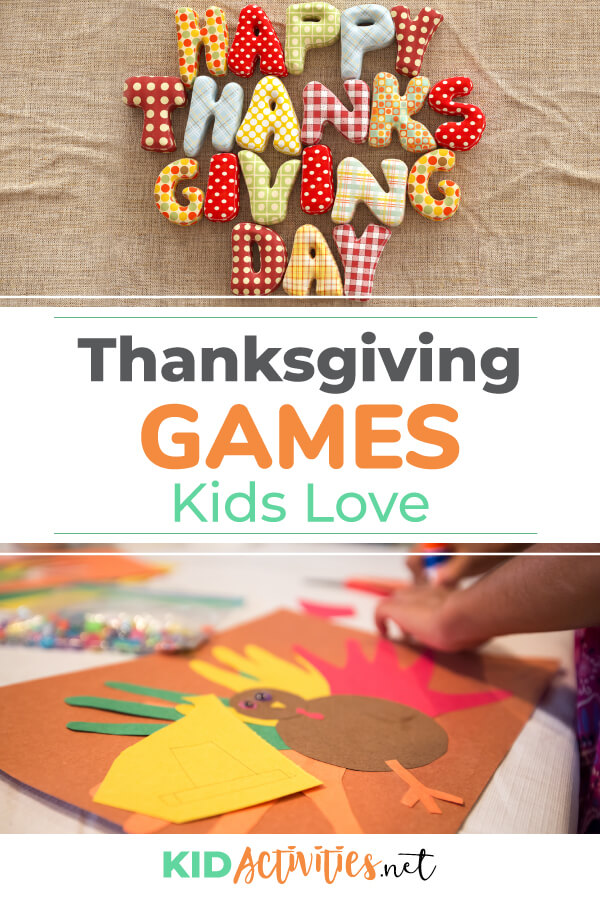