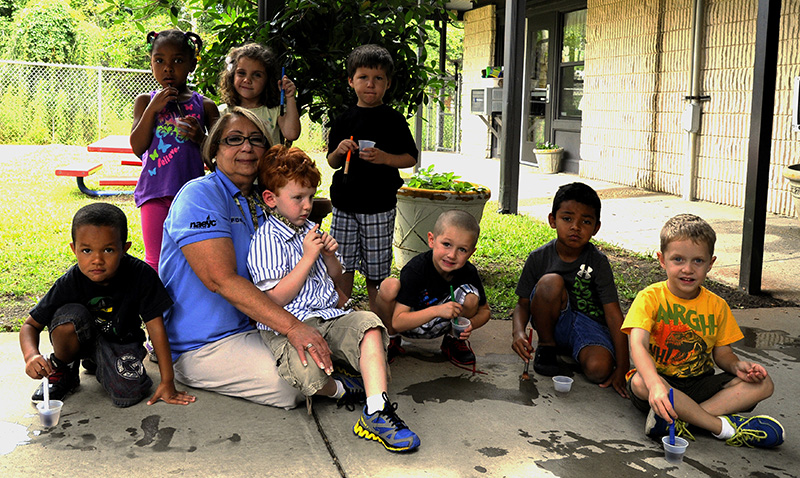 26. Fifty nations came together in San Francisco for the signing of the United Nations Charter, 1945
Independence Day in Madagascar
Pearl S. Buck’s Birthday

27. “Happy Birthday to You” was written by Mildred J. Mill in Louisville, Kentucky, 1859 (Have a Happy unbirthday for everyone in your group/family! Make it a tradition each year!)
Helen Keller’s Birthday (See page bottom)

Make a DELICIOUS MILKSHAKE! Visit our Smoothies, Shakes and Coolers Category(Shakes are towards page bottom)

MILK A COW (draw a cow on the wall and attached a rubber glove filled with milk.) Poke holes in the finger so the milk will come out–the fingers are udders.

Another version of a MILKING GLOVE
Fill white surgical gloves with water and tie the tops. Put pinpricks in the ends of the fingers and attach to the clothesline. Children can now try and “milk” their cow.

Serving ice-cream of any kind is fun~ in a cone, dish, or sundae bar! Also, consider the below…

ICE-CREAM EATING: No Hands Used!
Give each child a scoop or two of ice-cream in a bowl. Have them sit comfortably at a table …
The fun is that they keep their hands behind their backs and eat the ice-cream with only their mouths! It’s NOT a speed eating contest–Just silly fun!BE SURE TO VIDEO TAPE AND TAKE PICTURES!
Do this at a family party and have Dad’s participate!

I SCREAM FOR ICE-CREAM ~ Pair this up with an ICE-CREAM SOCIAL Teach the kids: “I scream, you scream, we all scream for ice cream!” Divide the group into teams (number of teams depends on number of youth) WHICH TEAM CAN SAY IT THE LOUDEST?  Have a third party judge…

Divide the group into teams of four or five children. Distribute construction paper and tape to each team. Explain to the teams that they will have ten minutes to build the tallest tower they can—WITHOUT TALKING. They can use only the given supplies. At the end of ten minutes — have each team display their tower and discuss whether it was easy or difficult to build and why.

Not necessary but —an award or certificate can go to the group who made the tallest tower. You can also award certificates for the smallest, most unique, most straight, most leaning, most curvy, most tape used, least tape used, etc.

June 3…BANANA SPLIT DAY: Peel banana and slice it lengthwise. Place it in a dish or bowl. Top with 3 different flavors of ice-cream and 3 sauces over the ice-cream. ( Chocolate, strawberry and pineapple are favorites.) Top with whipped cream and a cherry!

It’s a day just to have a reason to celebrate. So celebrate!!!
This happens each month when the day and date are the same number!
Example: January 1, February 2, March 3, April 4, May 5, etc.

Bonza Bottler Day is a favorite with many school classrooms and programs because it provides a break in routine for the students and teachers. It has been celebrated since August 8 (8-8) 1985!

When the number of the year also coincides with the number of the day and month (October 10, 2010, there is reason to have a bigger celebration (more food, more friends and more decorations).This is called a ‘Bodacious Bonza Bottler Day’. As the official website  states, “Bodacious means extraordinary, impressively great in size, or enormous” Consider making this a monthly event the kids can look forward to!

June 6th…FIGHT THE FILTHY FLY DAY! Flies only live two weeks-but June is dedicated to the removal of the pest.

There was an old lady who swallowed a fly.
I dunno why she swallowed that fly,
Perhaps she’ll die.

There was an old lady who swallowed a spider,
That wriggled and jiggled and wiggled inside her.
She swallowed the spider to catch the fly.
But I dunno why she swallowed that fly –
Perhaps she’ll die.

There was an old lady who swallowed a horse –
She’s dead, of course.

What is the difference between a fly and a bird?
A bird can fly but a fly can’t bird!

How do you keep flies out of the kitchen?
Put a pile of manure in the living room!

What has four wheels and flies?
A rubbish bin.

Why were the flies playing football in the saucer?
They were playing for the cup!

Why did the fly fly?
Because the spider spied ‘er!

June 15 is POWER OF A SMILE DAY! Beside smiling at everyone you see try these ideas…

THE BIGGEST SMILE
This is not a game, but a great group activity to see who can give the biggest smile!. (Prizes or not–your choice) One at a time measure people’s smiles with a ruler (or measuring tape). This is fun. You can also measure the zany faces!
You can take photos as you do this as people are smiling BIG!

In this game, players are forbidden to smile, but –giggling and laughing will abound anyway.

1. Players sit in a circle, making sure they can see everyone else. One player who is “It” starts the game by smiling widely, while all the other players are somber. “It” then uses their hand to wipe the smile off their face and throw it to another player— who has to catch the smile with their hand — and then put it on.

2. The new “It” can wipe off the smile to throw to someone else–(though he/she will probably choose to make funny smile faces at everyone for a minute or two before relinquishing the happy role.) Meanwhile, all other players must sit stone-faced. One smirk and they’re out.

TIPS:
The youngest players are the least successful at winning this game (they simply can’t stop themselves from laughing), but they also tend to enjoy it the most.) Submitted by Cassie/Mi. Adapted from: familyfun.go.com

3. Refrigerate 2 hours or until firm. Remove from pan; peel off foil. Cut into squares. Store tightly covered in refrigerator. NOTE: For best results, do not double this recipe.

Pack some favorite foods and spend time outdoors. You might like to invite some insects along in the form of  BUG JUICE! Sprinkle a few raisins in glasses/cups of apple juice or apple cider…

LOOKING AT THE SUN…You should never look directly at the sun–but there’s a safe way to see the sun’s light. You’ll need two index cards, and scissors. Poke a small hole in one index card so that sunlight can shine through it. Hold another card below the hole so that the sunlight shines on it!

June 27th is HELEN KELLER’S BIRTHDAY…Born in Alabama in 1880-Helen became deaf and blind when when she was 19 months old. No one was able to educate her until Ann Sullivan tried when Helen was 7 years old. She learned quickly and graduated with honors from Radcliffe College. She also wrote several books. The play the Miracle Worker is about her.

Try some activities that focus on sight and sound…

1. BLINDFOLD PAINTING
Put a blindfold over children’s eyes. Have child then feel the brushes, paper and area before starting. Children then paint without seeing what they are doing. It’s suggested  to do this with small groups at a time.

2. Play the LISTENING GAME. Keep still and listen for 60 seconds. Have the children list what they heard during that time.

3. HEARING GAME. Fill small cans with such things as beans, buttons, rice or water. Make sure there are two of each can that hold exactly the same item. Glue the lids on the cans. (Covered bottles or boxes can also be used.) Have children shake the containers and guess which two hold the same items. Example: Which two both have the rice? Etc.

4. There is a book, HELEN KELLER by Margaret Davidson. It’s for K thru 3rd grade and tells of Helen’s childhood and victory over disabilities.