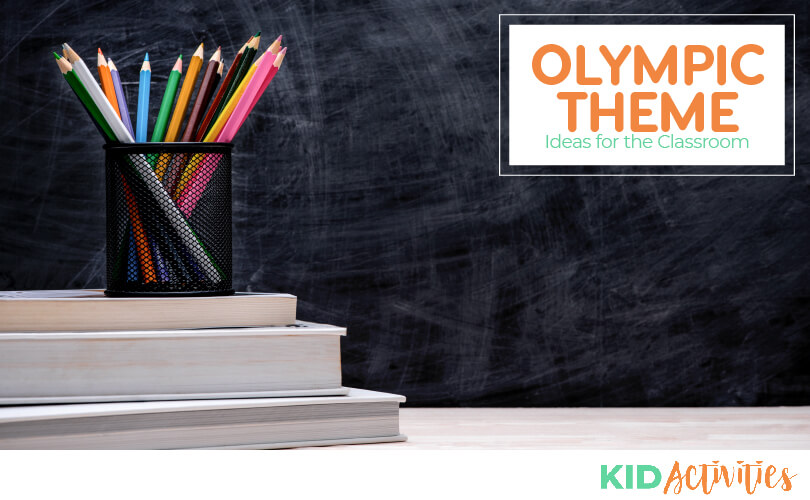 The Olympics are a celebration of friendship, unity, and peace. You can host an Olympic theme day by using some of the ideas below.

We share a list of some of the summer Olympic sports and how they are played as well as some activities and Olympic themed snacks.

What is the meaning of the Olympic rings?

The Olympic symbol consists of five interlaced rings of equal dimensions, used alone, in one or in five different colors, which are, from left to right, blue, yellow, black, green, and red.

The Olympic symbol (the Olympic rings) expresses the activity of the Olympic Movement and represents the union of the five continents and the meeting of athletes from throughout the world at the Olympic Games.

What events are played at the summer Olympics?

Where did the Olympic flags come from?

The five-colored rings on a white field form the Olympic Flag.
The flag was adopted in 1914, but the first Games at which it was flown were Antwerp, 1920. It is hoisted at each celebration of the Games.

1. Plan the Olympic Games for the children

During play, Post the rules of the games and review the rules with the children and place signs where events are located. End with refreshments. Most of all, HAVE FUN! Hold a closing ceremony: everyone’s a winner! Call each child’s name, and pass out medals, certificates, and prizes

Check out the Patriotic-Red, White & Blue Category as well as our post on how to play carpet ball.

Use caution when it’s hot outside, especially for active kids. In high temperatures, kids don’t sweat as much as adults do, so it’s harder for them to cool off. This makes them more at risk for dehydration and heat exhaustion.

When it’s hot outside and kids are playing sports-or even just actively playing-head off problems by making sure they drink fluids before, during, and after activity. As a guideline, encourage at least 4 ounces of fluid every 15-20 minutes, or whenever there’s a break or time-out.

Tip: One ounce equals about one “gulp” therefore 4 gulps are needed for every 15 to 20 minutes!