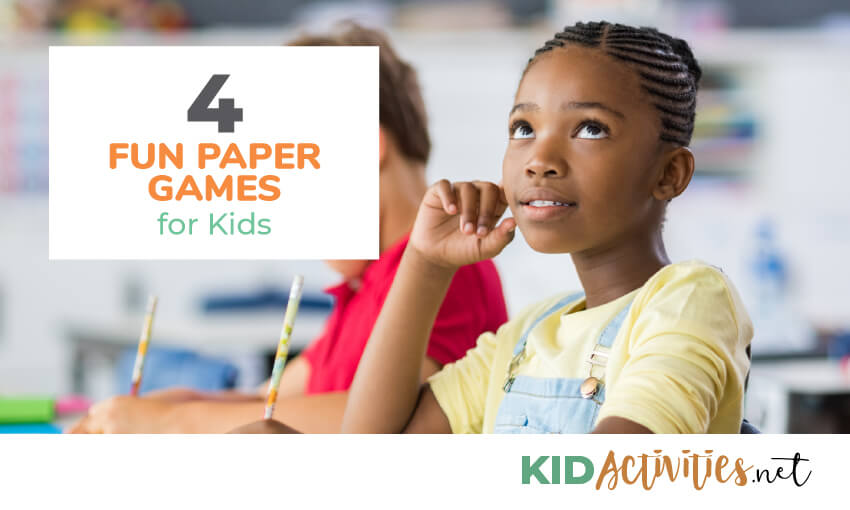 In the age of technology, it can be easy to become glued to a glowing screen for hours. Sure, kid’s tablets and televisions offer hours of entertainment in the form of videos, movies, and interactive games.

However, this technology-based entertainment can be mind-numbing. According to an article by the Iowa State Daily, technology, while sometimes used for creative purposes, often serves as a distraction and suppresses original thoughts. 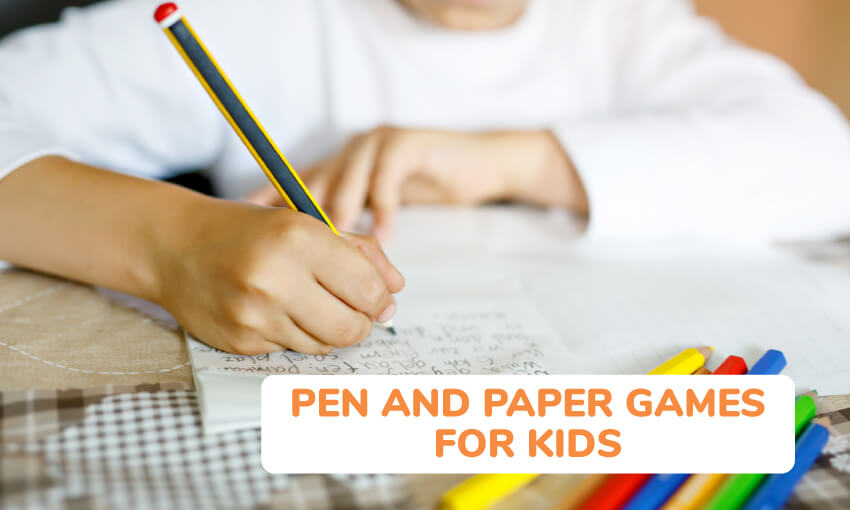 That’s why we’re offering you with 4 on-paper games your kids can play. These games are simple to set up and offer hours of entertainment. These games:

Below, you can explore these 4 paper games for kids in detail!

Pictionary is a classic on-paper game. It’s sold as a board game but can also be played with just a pen and paper. Today, we’ll cover how to play Pictionary with the purchased board game set.

Learn about the history of Pictionary and how to play this beloved on-paper game below.

This game was released in 1985 by Angel Games Inc. It’s classified as a word-guessing game and is loosely based on charades.

Hasbro purchased the rights to Pictionary in 1994 and eventually sold its rights to Mattel. Today, Pictionary is sometimes played with a whiteboard and dry erase marker. However, it has its origins with pen and paper. It’s played by millions of people around the world and has inspired the release of different versions like Pictionary Jr and Disney Pictionary.

When purchased as a board game, Pictionary comes with:

This is a drawing game, but non-artists shouldn’t shy away from it. Doodles and stick figures are welcome! These amateur drawings make the game funnier and more exciting.

The object of the game is to correctly guess what the artist is attempting to draw. Each correct answer allows the guessing team to advance their pawn closer to the final square. The team to reach the final square first wins!

Each clue card has 5 words on them that fall into these different categories:

Before beginning, teams must be made. Pictionary is ideally played with four people in teams of two. Adjustments can be made depending on the size of a group. UltraBoardGames recommends fewer teams with more people per team.

How to Play Pictionary

Follow these steps for playing this drawing-based paper game:

General rules to keep in mind:

Scattergories is one of the most popular pen and paper games for kids.

It involves quick and innovative thinking. Encourage creativity by getting your kids involved with this game!

This game can be played without the board game set, but we’ll focus on the rules for the specific game sold by Hasbro Gaming.

Learn more about this game’s history and how to play it below.

Scattergories was released by Parker Brothers in 1988. The company came under the ownership of Hasbro in the early 1990s. Hasbro made the game popular on the international level for millions of people to enjoy. The game is based on the traditional French game Jeu du Baccalauréat.

This board game comes with the following pieces:

Players usually provide their own pens or pencils.

The object of the game is to score points by naming objects, all beginning with the same letter, within a group of categories.

This game doesn’t require much set-up. Simply arrange the lists in a pile so each player can reach them. Hand out paper and writing utensils before getting started. Two to six players can participate.

How to Play Scattergories 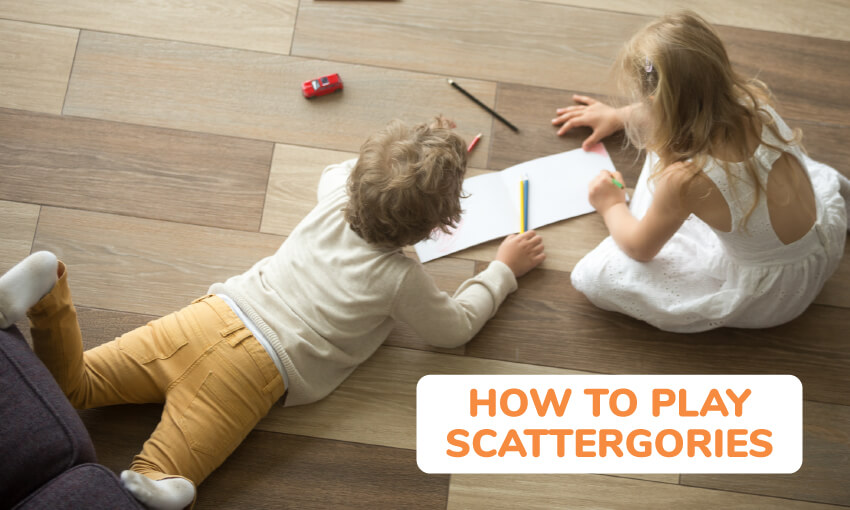 Other rules to keep in mind:

You’re probably familiar with the game Telephone. Players start by sitting in a circle. One person begins by coming up with a phrase in their head. It usually is just one sentence and can be about anything.

The goal of the game is to have the original phrase come back intact to the first person. However, this is rarely the case. Especially if there’s a lot of players, the phrase tends to get jumbled up. It’s a simple, fun game that usually gets a lot of laughs.

How to Play Paper Telephone 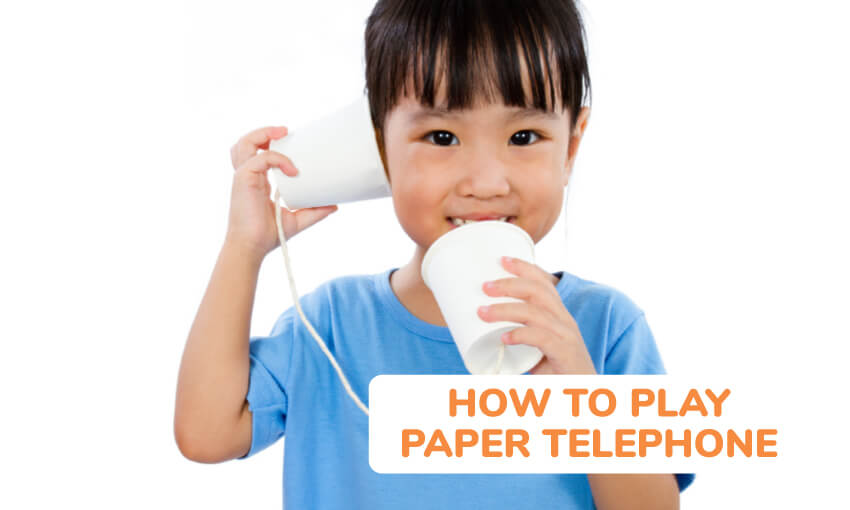 Paper Telephone puts an interesting twist on this classic game. It is a bit more intricate and great for older players.

According to The Game Gal, it is best to play with 6-10 people. Everyone starts by sitting in a circle. Each person gets a paper and writing utensil. Start by having everyone write their name small in the bottom corner. Then, everyone should write a sentence at the top of the paper.

Do you not own the classic, beloved Battleship board game? No problem! This suspenseful kids game works well as a paper game for kids.

As Art of Manliness points out, you don’t have to worry about losing tiny pegs or keeping track of the game board.

It can only be played with two players, so it’s great for siblings or a one-on-one play date. Learn about how to play below.

Each player should know the ships they have before starting:

Set up the game using these steps:

How to Play Battleship on Paper 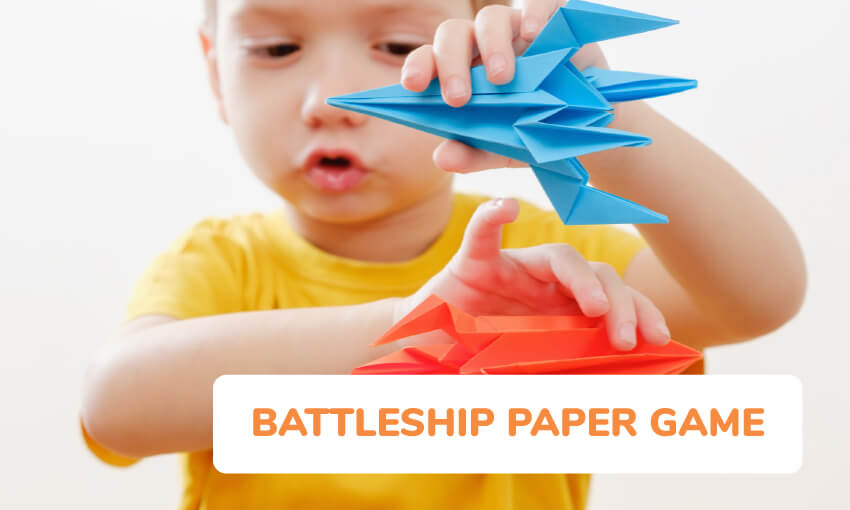 Once each player draws out their fleet, game-play can begin:

Give These Paper Games a Try!

The next time your kids are stuck inside on a rainy day, encourage them to try one of these games. They’re also great for long road trips or for when you want your kids off their electronic devices. Do your kids know about the traditional paper craft and game known as “cootie catcher?” If not, show them how to make a cootie catcher.

You can join in on these games, supervise, or allow your kids to play them on their own.

Take an old-fashioned approach to entertainment by with these simple and engaging paper games for kids! Make sure you check out our paper airplane games or pen spinning tricks. 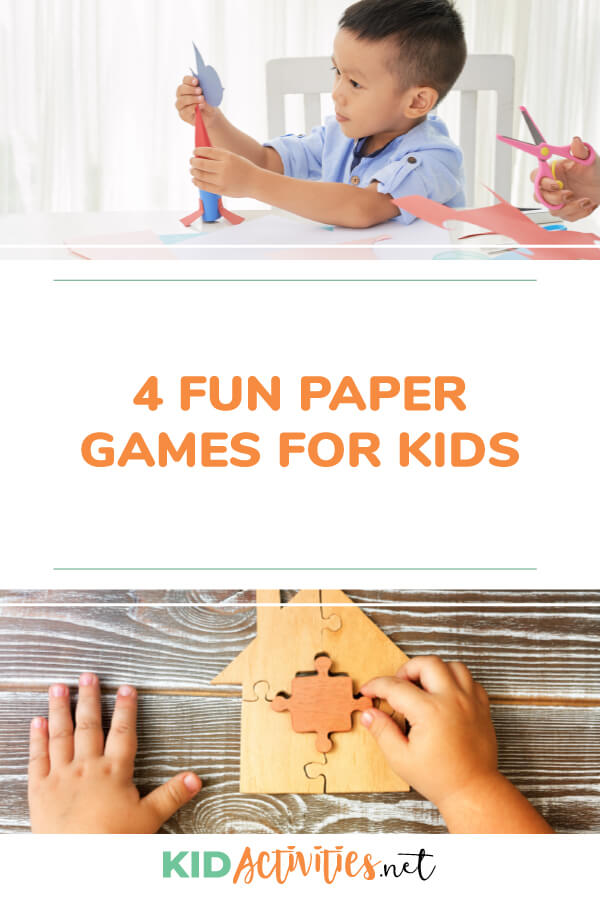 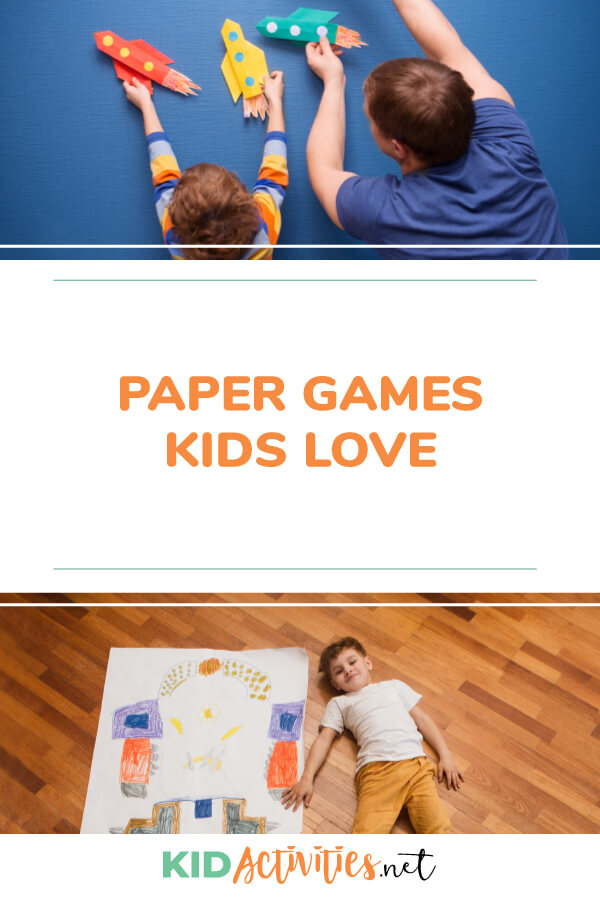