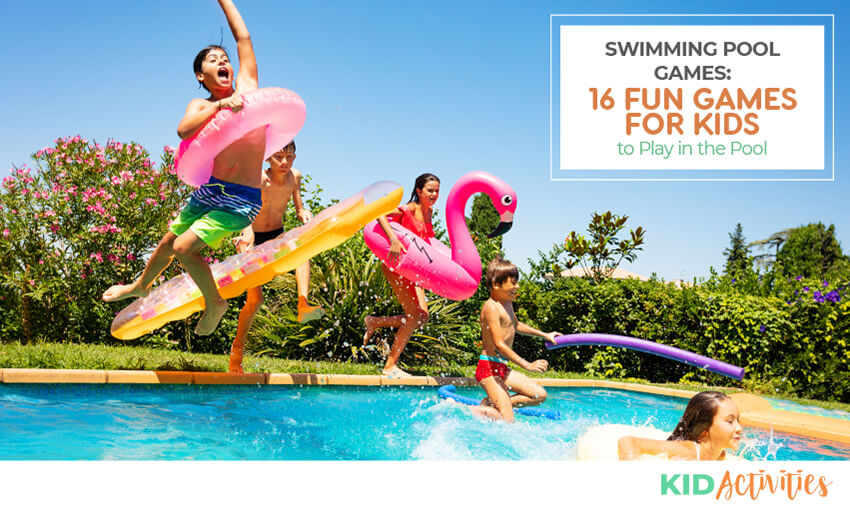 What games can you play in a swimming pool?

Now that it’s heating up outside, kids will be looking for ways to cool off while they’re having fun. A swimming pool provides a perfect refuge against the heat, while also offering unlimited entertainment. You can make this summer a special one for your family with these 16 fun swimming pool games for kids. 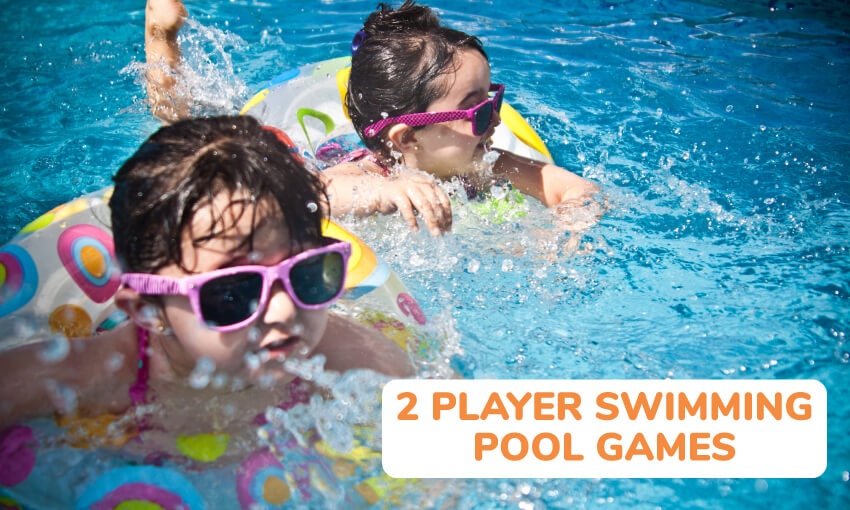 The Dolphin Race is an extra fun game for dolphin lovers.

To play, you will only need two players and any type of medium to large floating balls. Beach balls are an excellent choice for this game. You can have more than two players, but remember that each of the players will need their own ball. Here’s how to play the Dolphin Race:

• Players start at one end of the pool with their ball.

• When it’s time for the race to start, players use any part of their head to move the ball toward the other end of the pool. Just like a dolphin.

• Any player who uses their hands, or any other body part, will have to go back to where they started and start over.

• Whoever reaches the other side first wins.

Submarine Sweep is a great and easy game for your imaginative kids. If the girls don’t care for submarines, you can just call the game Seal Sweep.

Submarine Sweep requires at least two players, but many more can participate. The game requires nothing except for the players and a swimming pool.

Here’s how to play Submarine Sweep:

Watermelon Push is one of the more challenging swimming pool games. It’s fun for both kids and adults.

Here’s how to play Watermelon Push:

The Noodle Raft Race is a fun, challenging game that demands creativity from its players.

The game requires two players, duct tape, and at least twenty noodles. That means there will be ten pool noodles per player. Players can get more creative with their rafts if there are more noodles for them to use.

Here’s how to play the Noodle Raft Race:

How do you play sharks and minnows?

F.I.S.H. is the aquatic version of the P.I.G. game. You’ve probably heard of it. It only requires a minimum of two or more players and a swimming pool to play in.

Ball Over Water is basically exactly as it sounds. It’s a game about keeping the ball in the air and out of the water. You’ll need a swimming pool, players, and a beach ball for each team. You can even play this game with only one person, but it’s much more exciting in a large group.

Here’s how to play Ball Over Water:

This game is uniquely interesting because of its water setting. It’s an easy game for anyone who can dunk their heads underwater. You only need a swimming pool and two or more players.

Here’s how to play Underwater Humming:

For such a simple game, the Float Race is pretty exciting. You can have as many players that can fit in the pool and race. Each player will need a rideable float.

Here’s how you play Float Race:

Underwater Hoop Pass is a simple game. You only need a couple of players and some underwater swim through rings.

Spot the Bottles is great for kids and adults. You can use any old clear plastic water bottles for this game. Take the plastic or paper covering off of the bottles before using them. Use white-capped bottles for a more challenging game. If you want a less-challenging game for smaller children, then use colored-capped bottles. To play this game, you’ll need many clear bottles, players, and goggles for each player.

Here’s how to play Spot the Bottles:

This dance is sure to be a hit with the little girls. The boys might like it too! The kids can choreograph their own underwater dance. You only need the players and a swimming pool, but any decorative attire to enhance the dance.

Splash Dance can be played anyway the kids want. They can split into groups and have another judge the dances each group creates. Or they can all work together to create beautiful underwater dances.

What in the Sea gives girls the chance to imitate all of their favorite cute sea animals. It doesn’t take a lot of effort to get this game going. You only need a swimming pool and two or more kids who would like to play.

Here’s how to play What in the Sea:

The Blue Scavenger Hunt is one of the perfect swimming pool games for adventurous boys. They’ll have a blast going on an underwater scavenger hunt. This game can take longer to clean up after, but it’s worth it.

For this game, each player will need goggles. It’s a good idea to have a water-proof scavenger list for each player, but it’s not necessary. You’ll also need many different items for the players to find and many more to hide the scavenger items.

Here’s how to play the Blue Scavenger Hunt:

You might think that this just a boy’s game, but Pirate Ships is one of those great girls and boys swimming pool games. All kids will love the chance to have a pirate battle with the Pirate Ships game.

Pirate Ships requires two players and two floats. The floats can be any sort of float that can be ridden by the players. The game also requires either noodles or large beach balls.

Here’s how you play Pirate Ships:

Marco Polo is incredibly easy to play. You only need three or more players. You can also use a blindfold, but it’s not necessary.

Here’s how to play Marco Polo: 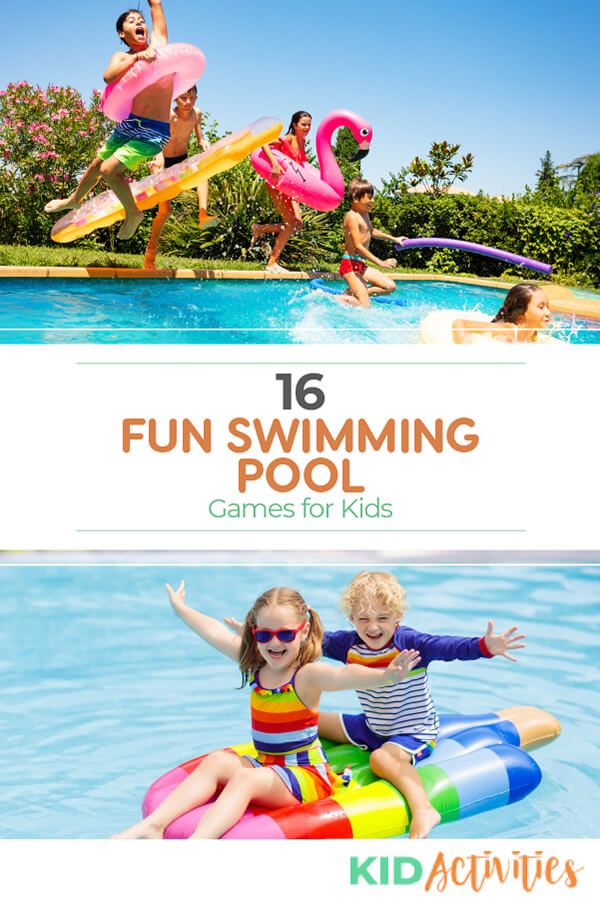