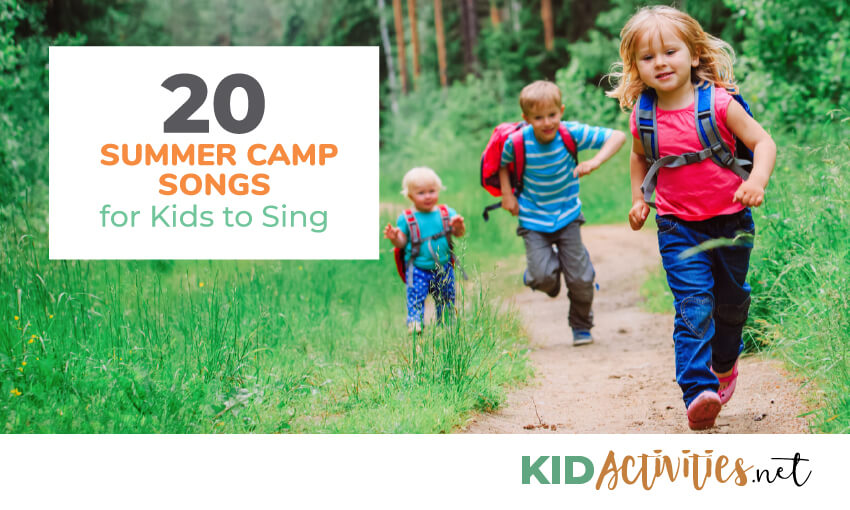 Spending time around the campfire telling scary stories, reminiscing, and eating marshmallows is one of the best parts of camping. It’s also the perfect time to have some fun by singing Summer Camp Songs.

Singing Summer camp songs is a great activity for many reasons. Songs can build camp spirit, give people a chance to express themselves, and help the group create some great memories. They also give you a chance to share your favorite songs with the group and show off your magnificent voice!

However, to really get the most out of singing around the campfire, you need to find some songs that everyone knows and enjoys. In this post, I’ll be sharing some classic Summer Camp Songs that will make your next outing much more fun.

Introducing new songs to the group

If you have children in the group, it’s often a good idea to incorporate some actions into your songs. This will help them memorize the lyrics faster and can make singing even more enjoyable.

As I was walking that ribbon of highway,

I saw above me that endless skyway:

I saw below me that golden valley:

This land was made for you and me.

You can use hand gestures that indicate driving for the ribbon of highway, point at the sky for the endless skyway, make a valley gesture with your hands for golden valley, then point at each other for the last line. It really brings some songs to life.

If a song has a lot of verses, like the original version of This Land Is Your Land, it sometimes helps to just learn 3 or 4 verses initially.  You can then repeat the verses they know to memorize them before gradually introduce new verses. 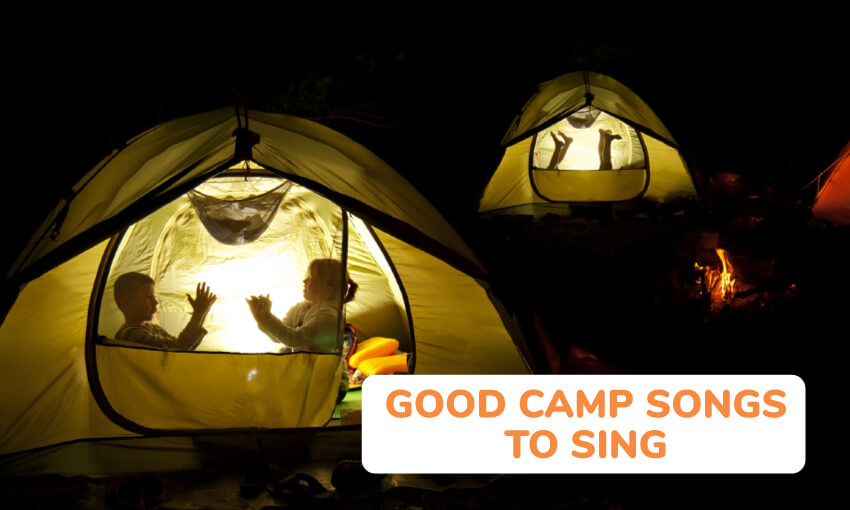 This is one of the most famous folk songs ever written. It was penned by Woodie Guthrie in 1940, using an existing melody from the song “When the World’s on Fire”. Bruce Springsteen one called This Land Is Your Land The greatest song ever written about America. Listen to the original song and check out the lyrics.

This is a classic children’s song that was developed from a German folk song written  in the 17th Century. The song is actually a discussion that occurs between two characters, Liza and Henry, about how to fix a hole in a bucket.

You could make this song more fun by having all of the males in your group sing the Henry part and having the females sing the Liza part. This Wikipedia page features the lyrics and a recording of the melody. You can also check out a great version of this song recorded by the Sesame Street.

Although The Llama Song is one of the strangest Summer camp songs every created, it is definitely worth learning! It is strange because of the bizarre lyrics about llamas and other animals. The are several versions of this song, but the most common uses these lyrics and hand gestures. This video shows another version which sings about other animals as well.

Camp Granada is a classic song that has been enjoyed by Summer campers for decades.   It is a parody song written by Allan Sherman and Lou Busch in the 1960’s. The lyrics are based on the complaint letters that Allan received from his child while at Summer camp. The letters made him laugh so much that he made this hilarious song.

This is a great song to sing if the kids are riding the bus to camp. Put this over the radio and encourage kids to sing along to the the lyrics.

#6 – The Green Grass Grew All Around

The Green Grass Grew All Around is a wonderful song to sing along with younger children because they can simply repeat the lyrics as they are sung by an adult. As the song progresses, it becomes more complex and interesting. The song is a great choice for camping because it also encourages children to look at their surroundings and think about the many exciting things in nature. Listen to The Green Grass Grew All Around.

Although “Kookaburra” being about an Australian animal, it is often enjoyed by campers in the United States and Canada. The song was written by Marion Sinclair in 1932, a primary school teacher living in Victoria. The song is easy to learn and perfect for kids of all ages. Check it out.

This classic song will be well known to older Americans, but there are many younger people who haven’t been introduced to it yet. If you can strum a few chords on the guitar, it is the perfect song to sing while sitting around a campfire. Listen to Home On The Range.

This is a simple repeat-after-me song that kids love. The lyrics are easy to learn and the whole camp will be singing (and dancing) along in no time. Listen to Reese’s Peanut Butter Cup.

Oh What A Beautiful Morning is the perfect track to be sung in the morning upon waking. It really gets the day off to an exciting start and gets everyone into a great mood. View the lyrics here and listen to Hugh Jackman performing it here.

Both kids and adults will have a great time singing the bed bug song. The song first became popular in Beech Bluff, Tennessee in the 1920s and quickly spread across the rest of the United States. There are a few alternate lyrics available and you can even add some custom verses yourself! Here is one set of lyrics and a recording of the song.

This slightly strange song remains very popular in Summer camps in the United States. The song is about Herman, a worm who apparently eats other worms (or other animals), depending on the lyrics you use. You can see the lyrics here or watch a performance here.

Everyone has sung this song at some point in their life! It remains one of the most popular Summer camp songs thanks to its catchy melody and simple lyrics. It is actually a very old song that was published in 1850 by an American singer named Stephen Foster. Foster was one of the most famous songwriters of his time and the quality of this tune says a lot about his skill. Listen to Camptown Races.

This is a classic sing along song for kids. It’s been around since the 1950’s and is dangerously catchy. Listen to the full version of If You’re Happy here.

Although Down By The Bay was written as a children’s song, it is so enjoyable to listen to that many adults also love it. It’s unknown who wrote the tun, but it was famously performed by Raffi on his album Singable Songs for the Very Young which was released in 1976. Here is a video of Raffi performing his version of the song.

#17 – She’ll Be Coming Around The Mountain

This is a slightly dangerous Summer camp song because of how addictive the melody is. You will struggle to get the tune out of your head after singing it a few times! It is actually a traditional folk song that was first published in 1927 with a melody adapted from the African-American gospel song “When the Chariot Comes”. Listen to She’ll Be Coming Around The Mountain.

Take Me Home, Country Roads is a classic American song written by Bill Danoff, Taffy Nivert, and John Denver. The song is about the state of West Virginia and is considered an anthem in most of the country.

This is a hilarious call-and-repeat song from The Learning Station. It can even be made better by incorporating some percussion and playing a funky beat as the group sings along. Check out this video to see Boom-Shika-Boom in action.

I hope you enjoyed our article on Summer Camp Songs! For more fun camp activities, bookmark the site. 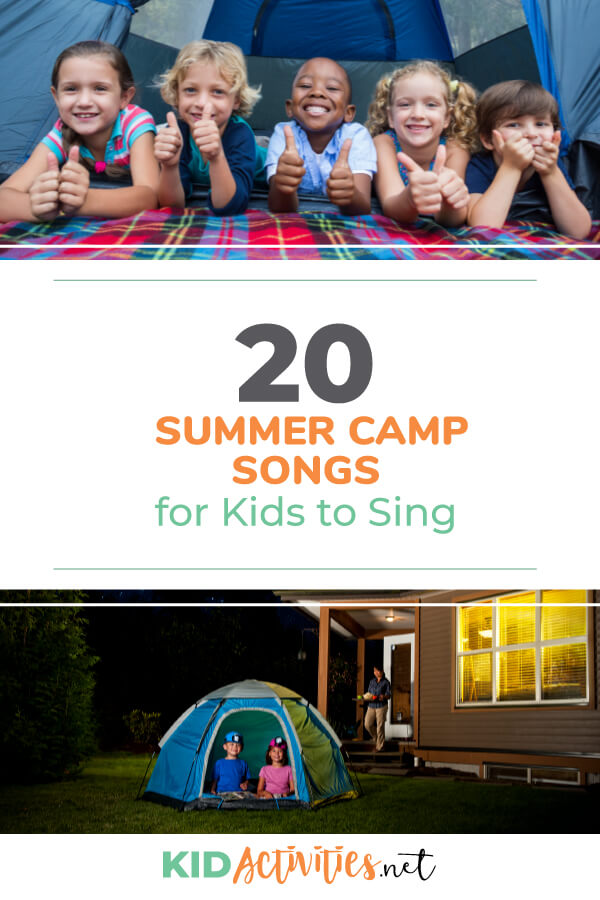 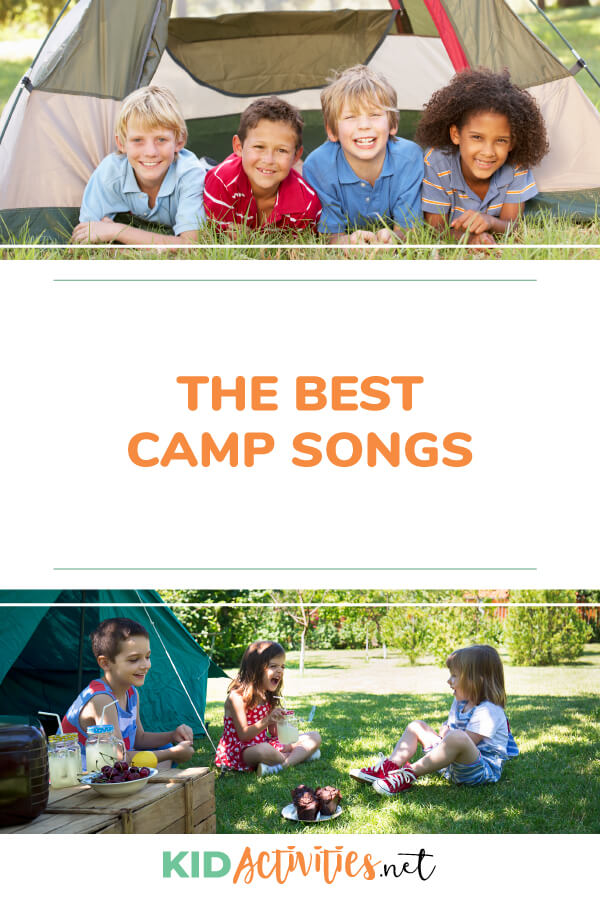