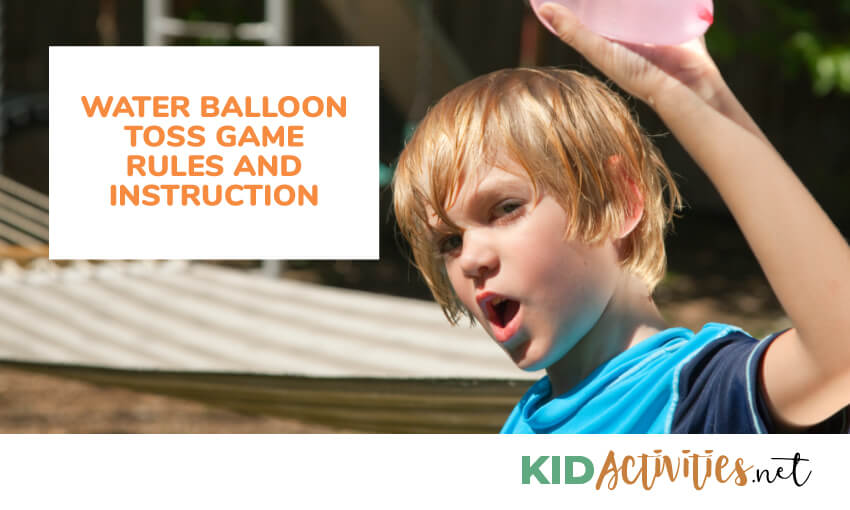 Whenever the weather is warm, it is the perfect time to get outside and enjoy some fun games!  On the hottest days of Summer, the best games to play are ones that involve water balloons and water pistols, as participants can keep cool as they play.

One of the most popular water balloon games is the water balloon toss. It is a fun and often messy game that both adults and children can enjoy. This game is a simple throwing contest that challenges each player’s ability to catch a fragile water balloon that is thrown over a long distance by a team mate. Failure to catch the balloon often means that you end up covered in water!

It is hilarious to see players splashed with water after a failed attempt at catching a balloon and lots of laughs are guaranteed. All you need to play is a few water balloons, some water, a bucket and a group of players ready to have some fun.

Who can play the water ballon toss game?

This game is suitable for both children and adults. However, because it requires players to catch a water-filled balloon, it is best played by people who are older than 5 years of age as they will have sufficient hand-eye coordination.

What do you need to play the water ballon toss game?

To play the water ballon toss game you will need:

How do you play the water balloon toss game? 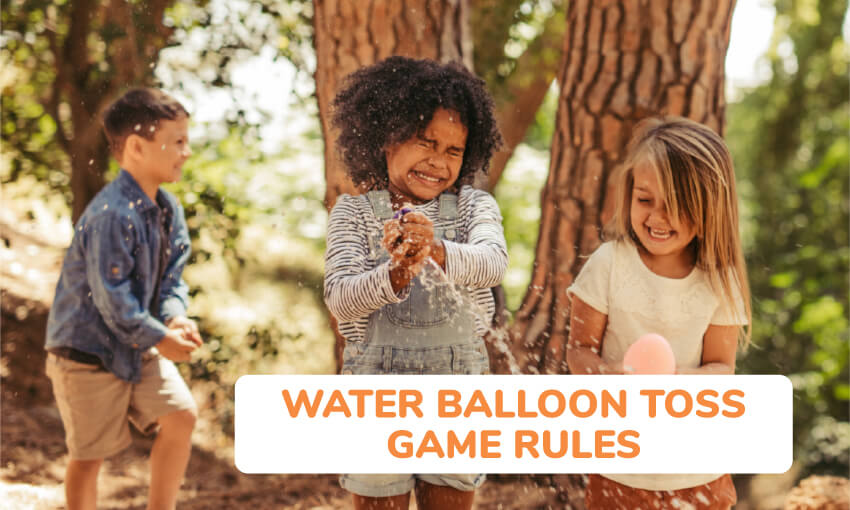 The rules are simple!  To play the water balloon toss game:

Step 1: Divide all of the participants into two-player teams. Each team is then given a water balloon.

Step 2: Have the teams form two lines, so the partners in each team are facing each other. The lines should be about 3 feet apart initially.

Step 3: When you say go, the player who is currently holding the water balloon must attempt to throw it to their partner.

Step 6: Play continues with teams tossing the water balloon to one another until there is only one team left. That team wins!

Here are a few fun variations of the water balloon toss game, which are just as exciting:

This is an interesting variation that can lead to even more destroyed water balloons and more saturated players! To play it, you will need:

The team will receive one point for each balloon that is caught in the basket without bursting. After throwing 5 balloons, the team will change roles, so they get equal turns throwing and catching. The winning team is the one that has the most points at the end of the round.

This is a simple twist on the water balloon game that makes it even more challenging! Start the game in the same way as you would the water balloon toss game, with each player standing about 5 feet away from their partner.

Instead of tossing the same water balloon back and forth to your team mate, the goal is to catch as many water balloons as possible within 30 seconds. The person catching the balloons will have their hands full as more balloons are being thrown at them.

This leads to some funny moments as they try to preserve the balloons in their arms and go for more catches. Similar to a standard water balloon toss game, players will take a step back after each successful catch. Whichever team has the most intact balloons left after the time limit is up will be the winner.

If you really want to ensure that someone gets wet, play the water balloon toss game with one of the players in each team blindfolded. The thrower will have to give the blindfolded player directions on which way to move to successfully catch the balloon. If the blindfolded person somehow manages to catch it, they get to throw it back — which is also hilarious because the throws are often in the wrong direction!

This makes for a great relay race idea. This is an exciting variation that is slightly more competitive than regular water balloon toss. Start by dividing all of the players into two teams. Have the teams form a line each, where each player is about 10 feet away from the next player in line.

Both teams will start with a a bucket of 10 water balloons. The objective of the game is to throw a water balloon along the line, so each player has to catch and throw it. If the water balloon successfully makes it to the end of the line intact, that team earns 1 point. 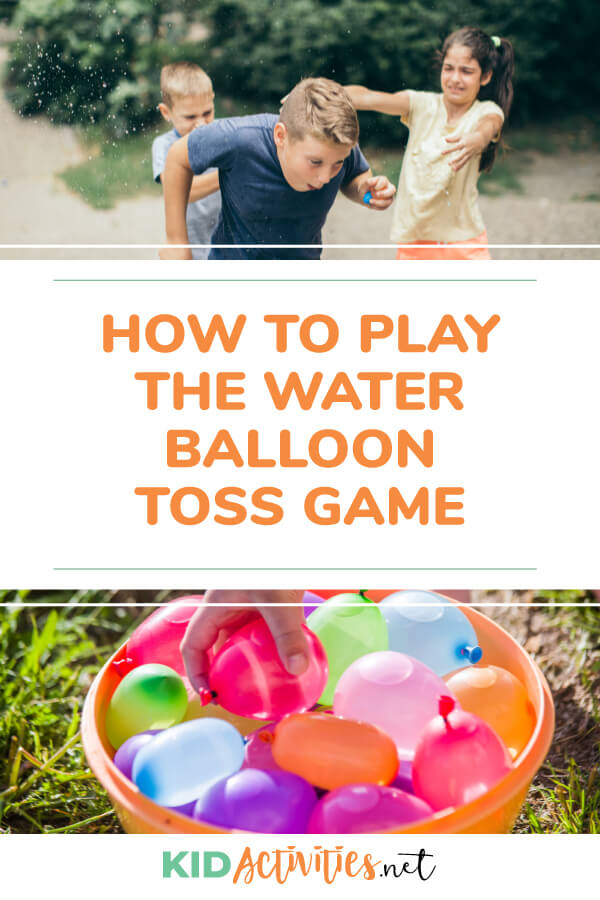 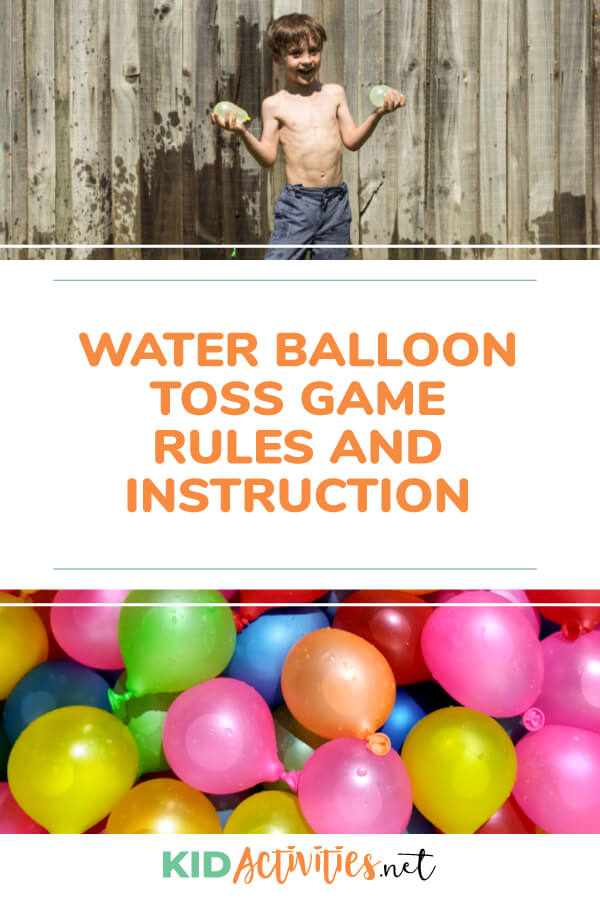