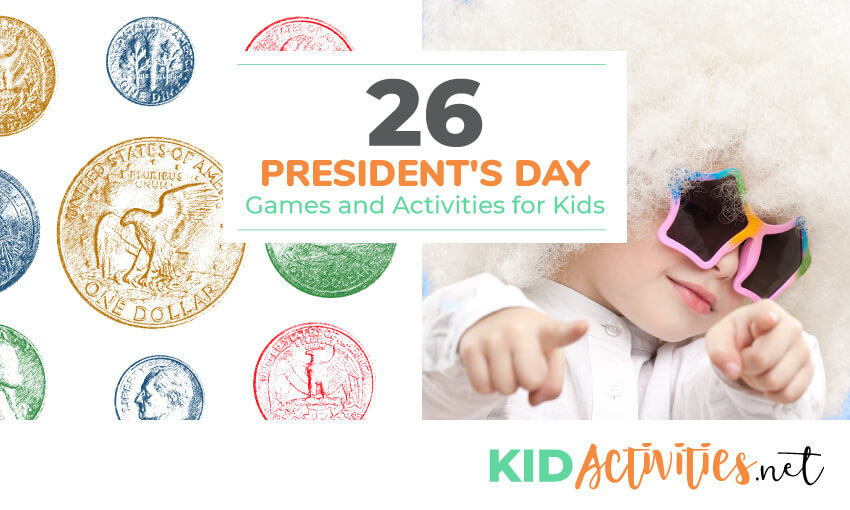 Celebrate our Founding Fathers with this list of President’s Day games and activities for kids of all ages!  President’s Day happens on the 3rd Monday in February every year. Here’s the list of dates for the next few years so you can plan your celebration for next year!

List of Presidents of the United States of America

Can you or your children name all the presidents from 1-45?

1. Write to the President:

2. President’s Day celebration based on Days of Old

It might be fun to have some Colonial Games & Treats. Head to our Colonial Theme section for all kinds of great ideas! 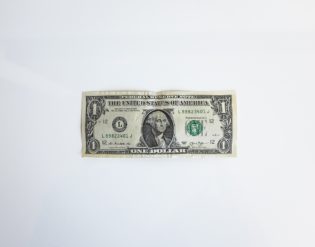 Even George Washington couldn’t do this dollar pick-up trick! Tell the children you’ll give them each a dollar if they can pick it up from the floor. But there is a catch: They have to pick it up using your instructions. You’ll have fun fooling them with this easy indoor game for kids.

Step 1: Have children stand with their feet together and heels up against a wall.
Step 2: Put dollar bills on the floor 12 inches in front of their feet.
Step 3: Tell them to pick up the dollars without bending their knees or moving their feet.

Make sure to visit the Cherry themed page on our site for more art, crafts, games, and food ideas! 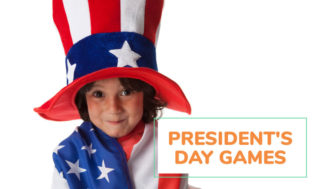 12. Play a game of hangman using all the President’s names.

A great to learn and spell the Presidents’ names!

This is a fun President’s Day and Voting party game for older children, if it’s played by a group of people who know each other well. Participants will have to be very good at telling tall tales!

14. Presidents Day Game #2: How Well Do You Know the Presidents?

This fun President’s Day game will test whether you know as much as you think you know about past American presidents. It is best suited to older children and adult players.

16. Guess How Many Jelly Beans or Peanuts?

President Jimmy Carter was a peanut farmer. Ronald Reagan loved jelly beans so much he kept them in a dish at the Oval Office. Why not bring some of these favorites to this fun President’s Day game? 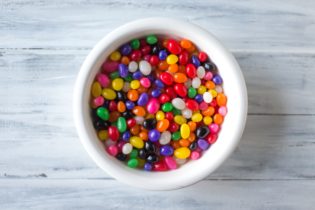 For an After School program, I picked up discontinued tiles (see if you can get them donated. The store I got them from gave me about 100 for no charge!)

A simple and fun President’s Day activity is to do rubbings of the face sides of coins by placing paper over the coin and rubbing it with a crayon. Read on here for additional instructions.

A mnemonic jingle to help remember the order of Presidents from George Washington to Woodrow Wilson.

George Washington, Adams and Jefferson three
First rulers of Uncle Sam’s land of the free:
Then Madison, Monroe, and Adams again
All clever and upright and good honest men;

The Jackson, Van Buren and Harrison first,
Tyler and Polk whose terms were so curst
By war with the Mexicans who lost in the fray –
Then Taylor and Fillmore and Pierce held their sway.

Buchanan and Lincoln, Johnson and Grant,
Then Hayes, martyred Garfield, despiser of cant,
Arthur and Cleveland, Harrison (Ben)
McKinley the martyr, beloved by all men;

Then most energetic and strenuous Teddy
And plump William Taft for a second term ready
When Wilson was placed in this nation’s great chair
And promised to always rule wisely and fair.

A very old legend tells me (Have children point to themself)
George Washington cut down a cherry tree. (Do a chopping motion)
Because he would not tell a lie, (Shake head sideways)
When asked who did this terrible deed… (Say this in a deep voice with hands-on hips)

He said, “Dear Father, it was I.” (Point to self)
Although this story is only a legend… (Move head sideways)
It reminds me that George Washington
Was a brave & honest man!

My hat it has 3 corners. (Form a triangle above head)
Three corners has my hat.

If it did not have 3 corners…(Raise 3 fingers)
It would not be my hat. (Shake head sideways)