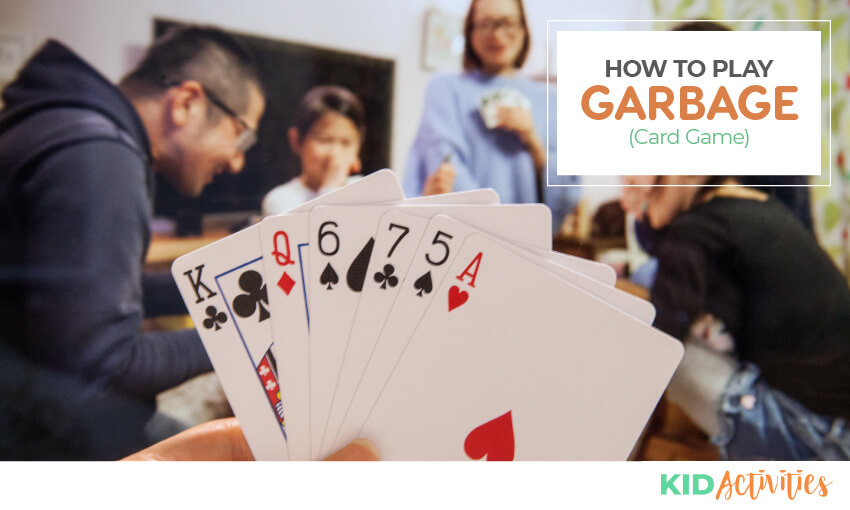 Maybe you have heard some people talking about a fun game they have been playing. It’s easy and can be played by kids and adults. You question whether you heard the name of the game correctly.

So you wonder, is garbage card game fun?

If you are looking for an easy card game for multiple players, try playing the card game garbage. Despite the name, this is not a game you will throw out.

The game rules are simple and straightforward.

There are two essential factors: the cards and the players. Garbage, also known as “trash,” is meant for two players or more.

How many decks of cards are needed for garbage?

Garbage is played with 1 standard 52 card deck with jokers.

For additional players, here’s how many decks you will need.

The objective of the game is to be the first person to have all their cards in sequential order, starting with the Ace card.

It begins by shuffling the deck and then dealing ten cards to each player. The dealer should start with one card to the player on their immediate right and then continue clockwise around the group.

This is done until everyone has ten cards. All the cards should be face down at this point.

When players receive their cards, they can lay them out in one of two ways:

Since the objective of the game is to line cards in sequential order, the layout does matter.

The first card in the layout would be the Ace, the second a 1, and so on and so forth until 10. More on the significance of this in a moment.

All the remaining cards should be placed face down in the middle to serve as a deck to draw from. This is known as the garbage heap or trash pile. Yes, this is where the name comes from!

How to Play Card Game Garbage

The first player to make a move is the player immediately to the dealer’s left. They will draw the top card out of the garbage pile.

If the card is between an Ace and a ten, they will place it face down on the corresponding card in the layout before them.

For example, if they draw a five, it would be placed on the fifth spot in the layout.

Then, the player would turn over that first card that is being “replaced” by the card they just drew.

It would be moved accordingly, if possible. So, if you flip over the fifth card in the lineup and have a ten, you would move that ten to the tenth spot and continue.

This continues until the player reveals a number already face-up in the line-up or until they draw a Jack or Queen.

The Jacks and Queens are garbage and end up in secondary discard pile. They signify the end of a turn.

What are the wildcards in garbage?

Kings and jokers are wildcards.

A wildcard and can replace any face-down card in the layout. If a King or Joker is being used as a wildcard and the player reveals the correct card for that wildcard spot, the card can replace the wildcard. Then, the wild card can be moved to another spot.

When a move is no longer possible, the last card a player has is placed in the pile and the game moves onto the next player.

The next player can either take that top card from the discard pile or draw from the face down garbage heap.

This is great if that top discarded card corresponds to a slot in their own layout. After drawing a card, their turn commences in a similar fashion and ends in the same way as player one.

A player wins when the cards are all face-up and in sequential order from Ace to ten, with any Kings or Jokers in the appropriate wildcard slots.

At this point, the player wins the round. Next, the other players have one more turn to try to fill their layouts.

In this next round, the cards are reshuffled and dealt again.

The player who won the previous round, and whoever was able to complete their layout in that next turn, is dealt one less card than the round before.

For example, if this is the second round and the first layout of ten was just cleared, the winner of the round would be dealt nine cards instead of ten.

Every other layer receives the same number of cards they had in the previous round.

Being dealt one less card makes it just slightly easier for the player to clear their layout. Instead of going Ace to ten, they will now only need to go Ace to nine. This continues until a player is down to one card in the layout.

The final win occurs when a player is down to just one card and is able to clear it with an Ace or a wildcard.

Garbage card game rules and variations can be used to ensure fair play and shorten the game.

Here are some of the rules and variations that can be applied to garbage:

This is a fun game to play because it is flexible and can be adapted to a number of group sizes.

With so many rounds, the floor is open for anyone to win, catch up, or sweep the floor. We hope you have found the rules and instructions of the garbage card game helpful. 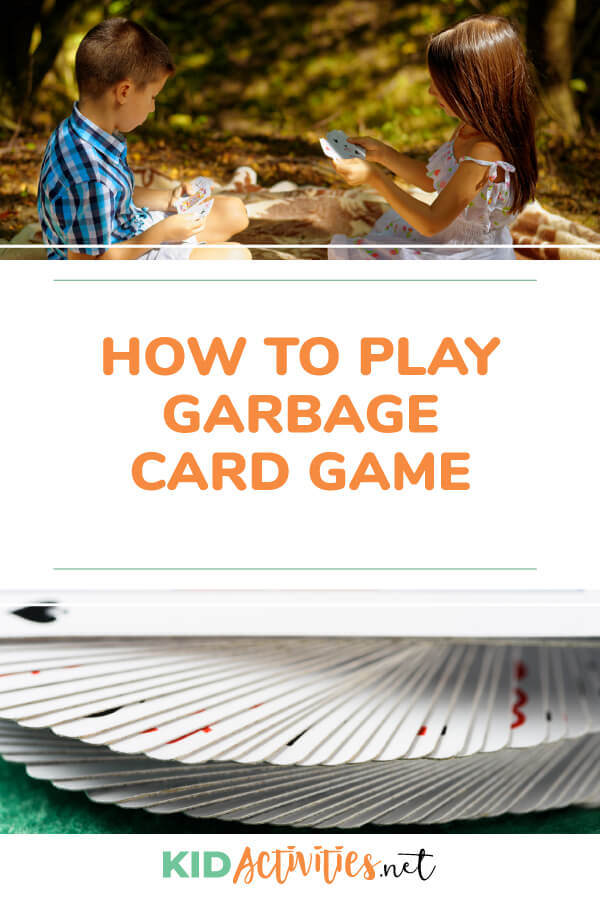