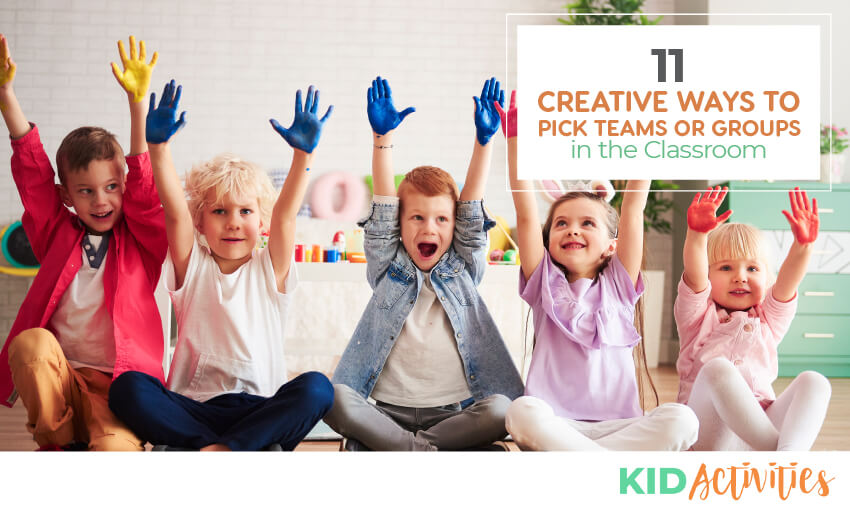 Choosing teams can be almost as important as the game you are actually playing.

You want your teams to be an even match. A game where one team is significantly better than the other is not much fun for the losing team.

Having control over who is on what team is a good way for a facilitator to maintain control of the group. You can split up two kids who are likely to mess around if they are together, ensure that the teams have even ability, and make sure that your students are learning to work with all other students, not just their friends. 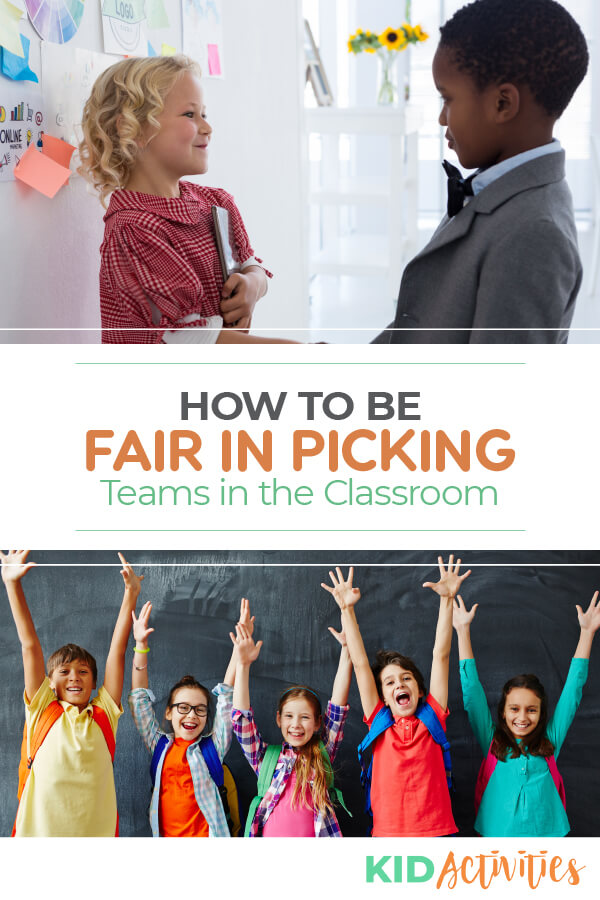 Children line-up and you count off: 1-2, 1-2, 1-2, etc.; for variation use Colors–Red-Blue, Red-Blue, etc. (Caution: Watch to make sure kids don’t position themselves to get a “certain” number or color to be on their Team of choice.)

This method works well when you want to have a quick system or split up two students but want team selection to seem random.

If you have a group where the students are all of the similar abilities and get along with each other, then you can let them pick their own teams. This is a good method when you want the kids to feel as though they have control of the program. Caution: Watch that no feelings get hurt. This method works well-ONLY when skills are even; otherwise, avoid it.

When you want to maintain complete control over the teams, you can decide who is on what team. Youth seldom complain about this method, when you explain that you want the teams to be evenly matched because of all the different grades.

This is good when you have students of similar ability and want to choose teams with controlled randomness. Take Popsicle or chop sticks and put different colors of electrical tape or paint around the end.

Hold them in your hand or container so that students cannot see the colors.  Have each of the students pick a stick; they then separate into teams based on the color of their stick.

This method is fun if you don’t have a large group and also have longer playing time. It also works well when you have students of similar abilities and you want the teams chosen with student-controlled randomness.

Students play rock, paper, scissors, but without the scissors, so they can only throw rock or paper. Pair off the kids and they keep doing this until there is an even number of rocks and papers for your two teams.

Let captains choose some players for their teams and have game facilitator place the rest of the children on the teams so that NO ONE is chosen last! The kids won’t complain and teams are usually pretty fair because all of the better athletes are split up early!

Looking for Team Captains? Who Goes First?? Who Chooses a Game? Etc.

The leader picks a number within a range and youth try to guess the number. Example: Leader says, “I’m thinking of a number between 1 and 50”. The child closest to the number is the winner!

Write numbers on craft or Popsicle sticks; these numbers should correlate to the number of groups you would like to have and the number of kids in each group.

Note: It will take a little work to prepare the sticks-but once you do them they’re done! I did some for sample purposes. I bought colored sticks and it only took about 15 minutes to get them done!

I still use a similar method with my grandchildren to see who chooses first. It’s almost like magic! Hold straws or sticks-with one that is shortened. The kids just don’t argue with a short straw or stick!!! (Barb)

The next time you need children to find a partner, try this approach from Marlene Kliman and Martha Merson of Mixing in Math. You’ll mix up social groups and get children involved in measuring at the same time.

Instead of asking children to line up in pairs, ask them to find a partner who has something in common with them, for instance:

Children pair up with the first person they find who has the same measurement. Anyone who can’t find a partner joins the person or pair who comes closest.

“Jelly Roll’ can be used when you need to group up kids, sit them down…have a meeting, explain something, etc.

To Start: Previously, assign your large group a method to get them into smaller groups… this can be done by assigning each individual small group a color, season, number, animal, etc.

I just wanted to let you know how the jelly roll went.  First of all, I decided to rename it the “cinnamon roll” just because I thought the kids would better understand what a cinnamon roll looks like than a jelly roll, for visualization purposes.

I separated them around 10 in each group– and they did a great job at it!  Before they started we had each group pick which end of the line would make the center of the cinnamon roll, so they knew which way to turn.  All the children were very excited because we never really do group or team activities like this.  Then we tried having all the children do it together in one big roll.  It was a lot of fun for everyone and they were all really pumped!

Thanks for this great team-building exercise!  As far as using it for breaking children into groups, I definitely think it would be a good way to do that in a bigger program.  Our program is so small that we never really break into groups, but if we did, we would use this method.  I’m sure we will do this again just because the children loved it so much! Lia-Baldwin Elementary School

To go along with a Farm or Harvest theme….this is a great way to divide children into two teams. Players close their eyes while one person taps them on their shoulders and designates them either a “duck” or “cow.”

On a given signal, keeping their eyes closed—the players must make their animal sounds to gather into their two teams. The ducks “quack” and the cows “moo.” When the two groups all “find each other—begin your game.

We hope you have found some useful games and activities to help pick groups or teams in the classroom. It is important to be thoughtful when picking teams. Many adults share memories of being picked last and how that made them feel and what it did to their self-esteem.

Selecting Teams is a Transition~You may also be interested in: