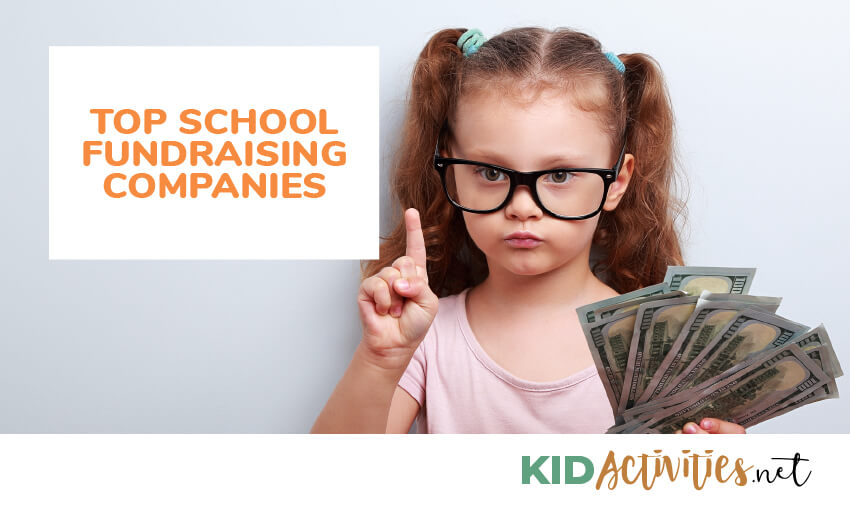 Whether you need to raise money for elementary or high school these school fundraising companies have you covered.

In the 1970s when school fundraising began, the money raised often supplemented extracurricular activities like field trips and glee clubs.

But in the 21st century, fundraising has become more of a necessity to combat budget cuts that deny funding for art and music programs, essential equipment like computers and tablets, and school uniforms.

Fortunately, school fundraising is well supported in communities and often quite lucrative. According to Nonprofit Resource, more than half of public schools in the United States conduct fundraisers each year, earning more than $1.5 billion annually. One-third of schools raise on average up to $5,000, with the top third earning in excess of $75,000.

School fundraising companies can contribute to the success of a school’s fundraising efforts by providing the right products or services and supplemental support throughout a campaign. We’ve selected 11 companies that offer a variety of tried and proven programs for successful school fundraising.

In 2013, Stacey Boyd, a former middle school principal, needed to fund art and math programs at her school due to funding cuts.

She came up with the idea to recycle clothing and started by listing used donated clothing on the school’s website.

There are three ways schools and students can collect clothing for a Schoola fundraiser:

Schoola photographs and lists the clothing for sale on its website. Once it sells, the proceeds, 40% of the sale price, are accredited to the school’s account. Checks are issued in July and January, with a $20 minimum.

This is an easy fundraiser idea and can provide a lot of profit as there is minimal upfront investment.

The Entertainment Coupon Card is by far the best fundraising companies with over $3 billion earned for schools since 1962.

The coupon book has now expanded to include an online app making redeeming offers less cumbersome than carrying around the little coupon book.

For supporters who prefer the physical coupons, books are shipped free and memberships are good for one year.

Schools earn a whopping 75% though online and face-to-face sales. Supporters who purchase the Entertainment discount offer save up to 50% off retail price and there are many buy-one-get-one-free offers. Not only is the profit high, but the customer receives a lot of value in the coupon discounts, making this a great school fundraiser.

Since 1994 ShopWithScrip has worked with over 48,000 organizations to raise more than $700 million.

The concept is simple:

Schools earn a rebate from each card sold and continue to earn each time the card is used for purchases.

Rebates range from 2% to 15% on purchases and are accredited directly to the school’s fundraising account.

Sign up is quick and easy and fundraisers have access to MyScripWallet, an online resource for managing fundraisers.

The ShopWithScip fundraising program has successfully teamed up with public and private schools of all levels. 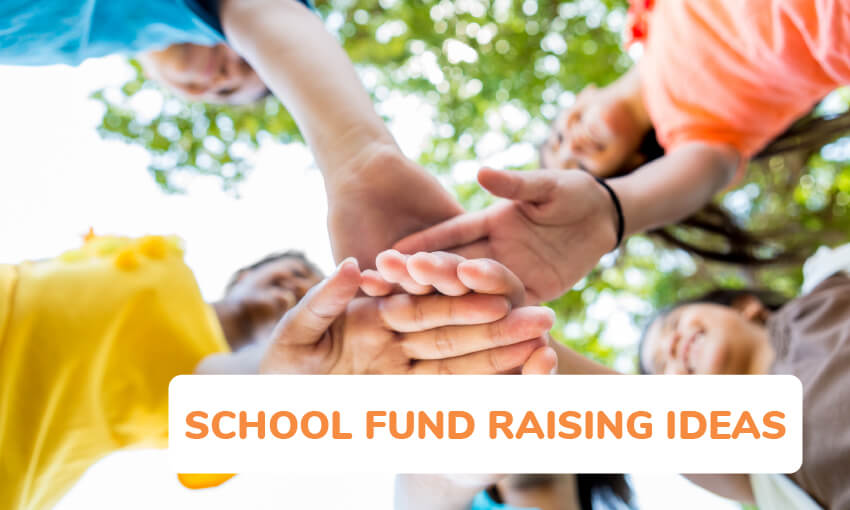 Questioning what you can sell at a school fundraiser? Selling t-shirts is one of my favorite fundraiser ideas for school. With over 2 billion T-shirts sold each year, it’s not hard to see why schools have been selling t-shirts to raise funds for their schools.

Before online shopping, schools typically ordered printed T-shirts in bulk and took responsibility for storing and shipping the product.

However, t-shirt fundraising became streamlined with print-on-demand services that will print one order at a time ship it to the buyer and keep track of sales, cutting out much of the work for schools.

Custom Ink has school fundraising down to a science. Easy to use design programs online allow schools to offer more designs with little effort and to set their own prices for greater profits.

Custom Ink has a great reputation within the community. They donate profits to their own favorite causes and have earned numerous awards for their innovative human resource practices and charitable contributions to the community.

T-shirts fundraisers can be used alone to generate funds or combined with other efforts such as school walk-a-thons, bake-offs, etc.

If you are looking for a free fundraising idea, this is the one.

The Box Tops 4 Education program has proven to be a great way for schools to raise money. Of all the fundraising ideas, this is one of the highest-earning school fundraisers with over $900 million in donations since 1996.

Traditionally, cereal box tops were cut out and collected for redemption. Today, clipping box tops isn’t required as the process has been streamlined.

Supporters simply scan a store receipt with an app. and purchases are verified digitally. Funds are automatically dispersed to the school’s account.

Online purchases are also eligible for the program.

Box Tops 4 Education offers several additional funding opportunities through their website and app for earning even more cash through bonuses and sweepstakes.

The program doesn’t just include cereal either. Hundreds of grocery products qualify, including office supplies, plastic baggies, frozen foods and of course, cereal.

Box Tops 4 Education even assigns a fundraiser coordinator to assist educators in their fundraising efforts. They answer questions and teach students and families about the program.

All public and most private schools qualify for the program.

Farmraiser offers a healthy alternative to traditional junk food fundraisers. Food and artisan products are sourced locally which benefits the environment, the economy, and the individuals as well.

Students and school patrons connect directly and indirectly with locals to build community support for schools, local farmers and artisans.

With hundreds of local vendors participating, each fundraising group decides what to offer and promote through their own Farmraiser-provided website and online tools. Traditional school fundraising catalogs are also available to help promote the fundraiser.

Each group decides their own profit margin between 40%-50% by setting their own prices for artisan food products like organic honey, garlic jalapeno pickles, trail mix, apple chips, herbs and spices, cooking oils, and lots of other locally grown and handmade products.

A large selection of vegan, gluten-free and kosher products is also available for anyone and everyone to support the fundraiser.

Farmraiser even offers non-food, eco-friendly products like candles, lotions, and pet items and a large selection of gardening products.

Barnes & Noble, the #1 bookseller in the United States, operates over 600 bookstores and has a strong online presence, averaging annual sales of more than 155 million books.

In addition to books, they also offer a huge selection of over 5,000 magazine titles and almost 1,000 national and international newspaper titles.

The company is deeply invested in the community with over 100,000 charity events hosted yearly, including school fundraisers. Each year since 2017, Barnes & Noble has earned the Human Rights Campaign Corporate Equality Index maximum rating of 100 percent.

The bookseller also offers a limited number of donations and sponsorships for school programs centered around the arts.

Schools earn between 10-30 percent of all Barnes & Noble items sold in-store and online during the fundraiser event. Online sales will continue to accrue for 5 days following the event. 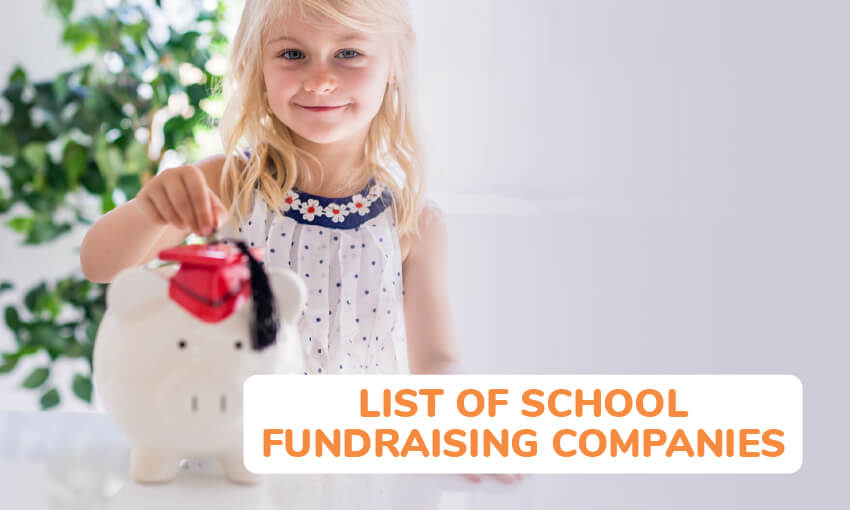 Equal Exchange, founded in 1986, operates as a worker cooperative using Fair Trade practices. Initially working with one coffee farmer from Nicaragua, the co-op is now one of the largest in the United States and offers a full catalog of coffees, teas, chocolates, and nuts sourced from farmers and artisans around the world.

In addition to catalog sales, schools have the ability to utilize an online platform to increase and streamline sales.

This program not only enables schools to reach their fundraising goals but also empowers small-scale independent farmers around the world.

Schools earn 40 percent of the profit on all sales with no minimum sale requirements and free shipping for wholesale orders that exceed $135.

Equal Exchange works closely with each school throughout the fundraising campaign and assigns a fundraiser coordinator to ensure success from start to finish.

This innovative fundraising company doesn’t sell anything. Instead, students receive donations to the school for future acts of kindness.

RaiseCraze was started by a couple of parents who were frustrated and dissatisfied with traditional school fundraising companies’ profit margins.

They also wanted to find a way to fundraise that encouraged their children to participate in the community in a positive way.

Working with others, they designed a platform to bring fundraising students together with family, neighbors, and community that would benefit all involved.

Using a pay-it-forward model, students create a list of acts of kindness they will enact in the near future for monetary donations of support now.

Acts of kindness might include preparing a homeless gift bag with food and clothing,

writing a thank-you letter to a public servant, cleaning an elderly neighbors flower bed, and so on.

Students come up with their own lists and keep track of how much money they’ve earned for the fundraiser through their own school’s fundraising website dashboard.

RaiseCraze staff is also available to assist with social media campaigns and other marketing endeavors.

Schools keep 90% of funds raised and RaiseCraze keeps a 10% fee for maintaining and promoting the program online.

Perhaps the most fun on the list of fundraising programs. Chuck E. Cheese has been around since 1977 and has operated 600 stores in 47 states and more than 15 countries. A well-branded theme fun-spot where families can eat, play games and meet Chuck E. up close and personal.

Chuck E. Cheese school fundraisers are particularly successful for elementary schools with over $16 million earned for school and other nonprofit fundraisers.

Teachers in attendance also enjoy free meals, and children earn 10-free-play points stickers. Prior to the event, Chuck E. Cheese provides free promotional materials, and on the day of the event, Chuck E. will even visit the school to generate more participation.

The trademarked tagline says it all: Turning Fun into Funds.

Another innovative fundraiser for schools, TerraCycle is a great way to fundraise for schools and reduce waste in communities.

Brigades, or trash-collecting volunteers, are in charge of collecting waste in their communities. TerraCycle provides pre-paid shipping labels to attach to collected boxes of garbage containing pre-approved items. TerraCycle takes care of everything from there including sorting and recycling. Points are awarded for each piece collected, which are redeemed for cash.

So far, more than 30,000,000 people in the United States have collected over 2.5 billion items for recycling and earned almost $4.5 million for fundraisers.

You can also look into selling cookie dough and doing a gift wrap fundraiser around the holidays.

Now it’s time to go out there and raise money. 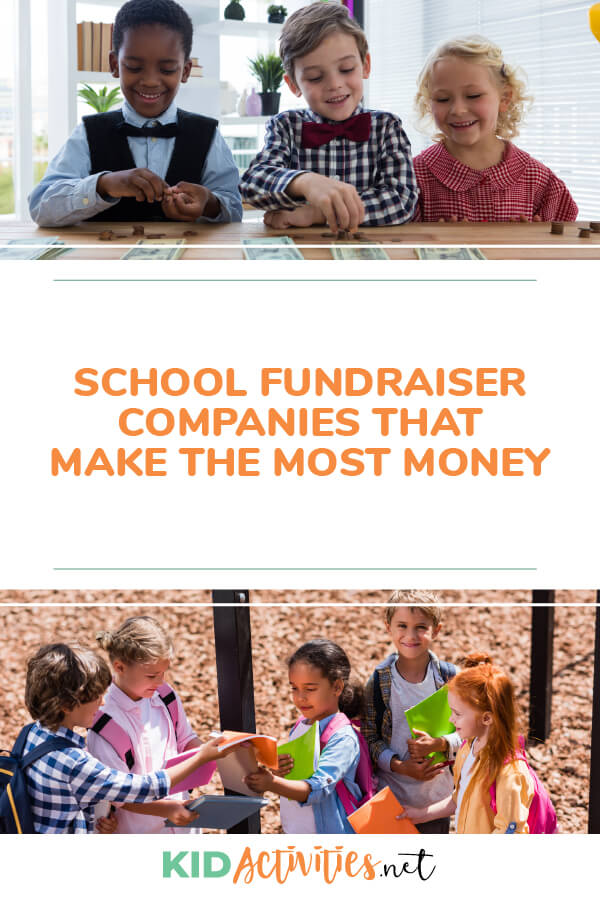