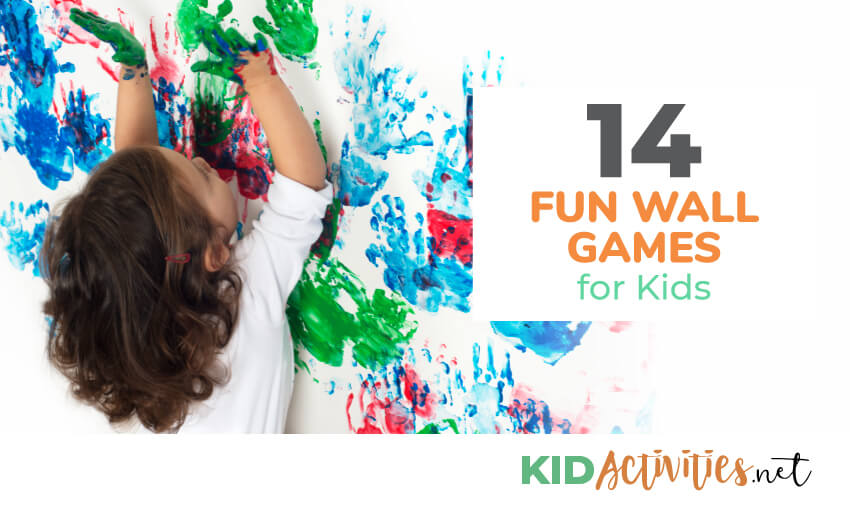 Wall games are a fantastic addition to crowded classrooms or children’s play areas because they don’t take up much room.  You can add multiple games per wall or spread them out amongst multiple walls.

In this guide, I’ll be sharing a variety of fun wall games for kids.  They will range from classics like wall ring toss through to exciting digital games, like Lumo Play.  Let’s check them out!

Darts is a classic wall game that dates back hundreds of years.  The game involves throwing sharps darts at a circular dart board usually made from cork, softwood, or sisal fibres.

A standard dart board has the numbers 1 to 20 around it, which designate the value of each segment.  There are also inner and outer rings on the board.  In the most common version of darts, when a dart that lands on the outer circle it is worth double the outside number while the inner circle is worth triple.

The very middle of the dart board is the bull.  It has two sections, the inner bull (worth 50) and the outer bull (worth 25).  This is what a standard dart board looks like and this is how many points a dart scores when landing in each section (remembering that the inner rings are worth double and triple).

It’s a lot of fun to play, which is why it has become one of the most popular wall games for kids.  There are many different types of games that can be played using a dart board, but the most common are:

In this version of darts, all players start with 301, 501, or 701 points (depending on how long you want the game to be).  Players must attempt to reach zero points by deducting the score they obtain from the darts they throw.

An unlimited number of players can be involved, but there are typically 1 to 4 players in a game.  Players will have three darts each and after they throw those darts, the next player will get a turn.

Players must reach zero exactly.  So, if they have a 8 points remaining, they must land on an 8 or a double 4.  If they fail to land on one of these numbers, it is a “bust” and their score is returned to 8.  Some versions of the game will require the last dart thrown to land on a double and then require a bullseye to be hit to finish the game.  However, this can be too difficult for young kids, so that rule is often left out when children are playing.

Around the clock is another very popular dart game for kids.  Players must throw darts that land on the numbers 1 to 20 sequentially, then finish with an outer bull throw (outside ring of bullseye) and bullseye throw.  Any throws that land in a double or triple region are ignored.  Some players will reverse the clock on a miss, so if a player is going for 6 and misses, they will go back to 5.  If young children are playing, you can skip the bullseye throws at the end and allow doubles and triples.

Shadow play is one of the oldest forms of storytelling and entertainment.  It involves placing your hands or another object between a light source and a surface (usually a wall or translucent screen).

The easiest way to play shadow puppets is to simply turn off the light in a room and focus a lamp at the wall.  You can then teach your children some hand shadow puppetry so they can use their hands to create animal shadows on the wall. 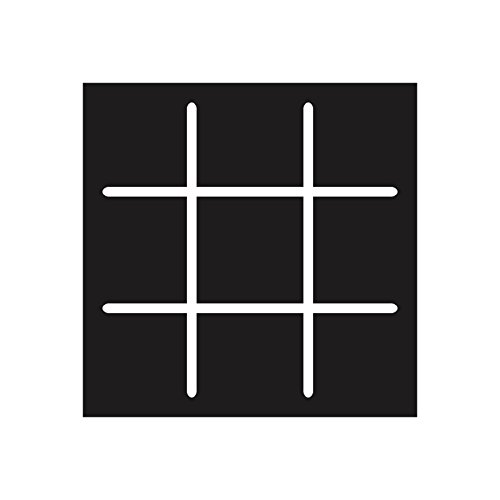 Young children love tic-tac-toe.  The rules are simple and it has a lot of replay-ability.  You can easily turn tic-tac-toe into a wall game by buying a large scale tic-tac-toe chalkboard for your child’s room.  If you are crafty person, you could also make a timber tic-tac-toe wall feature which also adds some character to a room. 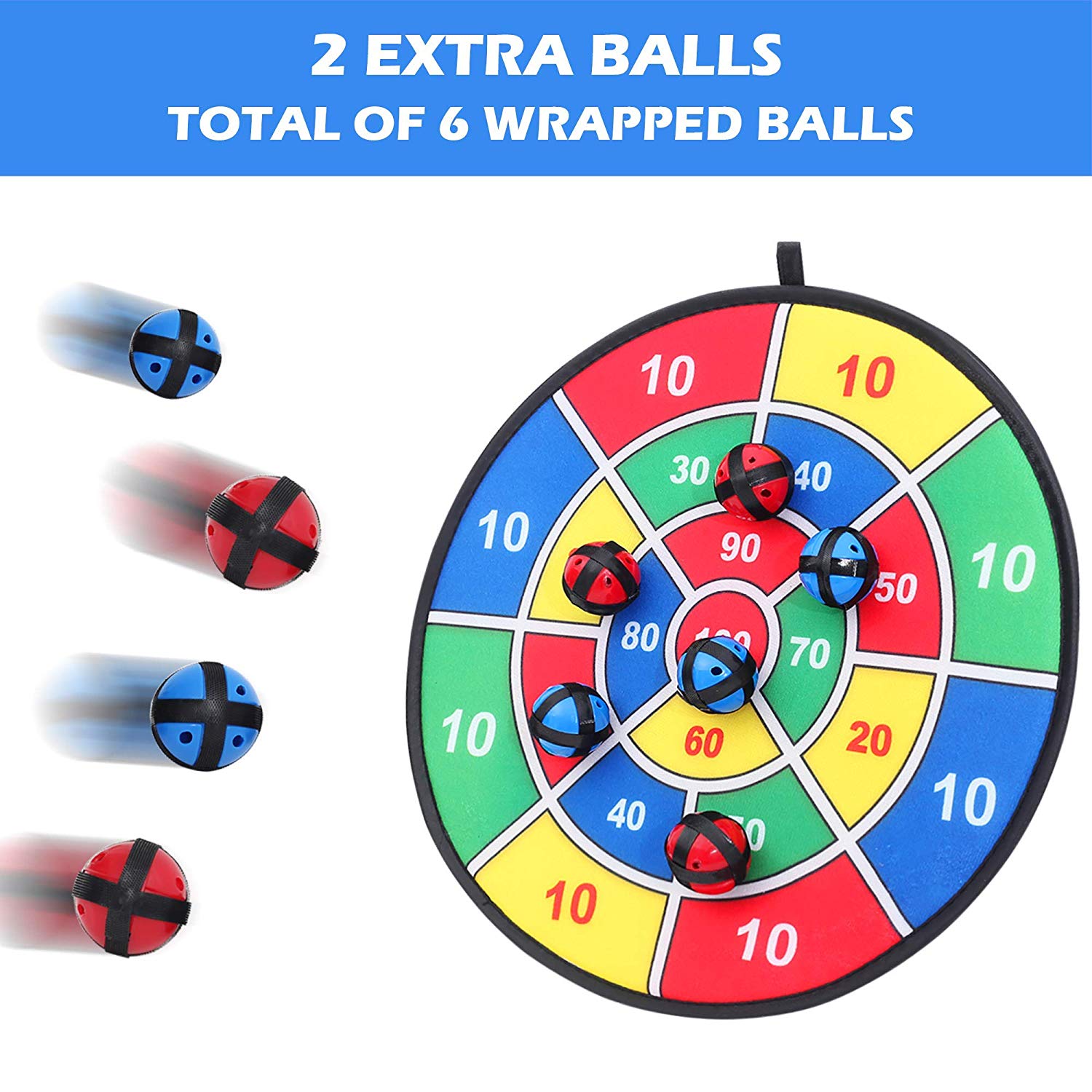 Fabric darts is a fun wall game that is safer for children than traditional darts as there are no sharp objects involved.  It is also easier to score points when playing fabric darts which makes it ideal for kids who aren’t accurate throwers.

A fabric dart board is simply attached to the wall and kids will throw 3 velcro covered balls at it.  There are multiple methods available for scoring and determining the winner.  You can either declare a winner after each player throws their balls (highest total wins) or play a game where the winner is the first player to zero (similar to the rules of 301 in darts).  Check out this affordable fabric dart board.

Hookey, also known as “ring-board”, is a simple game that is fun for adults and children alike.  It is played by tossing rings at a wooden board with hooks on it.  Each hook has a number, which represents how many points you will receive if you successfully land a ring on that hook.  It’s a great alternative to darts because it is safer and there is no risk of damage to your walls.

There are multiple ways to play Hookey.  In the simplest version of the game:

1. To determine who goes first, each player will throw their 6 rings at the board.  The player with the highest total goes first.

2. Players stand at a throwing line about 6-9 feet from the board.  They throw their 6 rings at the board.  They receive points for every ring that successfully lands on a hook.  Those points are subtracted from a starting number (usually 101).

3. If a player manages to land all of their rings on hooks, they get a bonus throw.

5. When a player wins 101 points (exactly) they win. If they do not exactly reach zero (they land on a ring that is worth more than their remaining points), the throw is not counted and their turn is over. 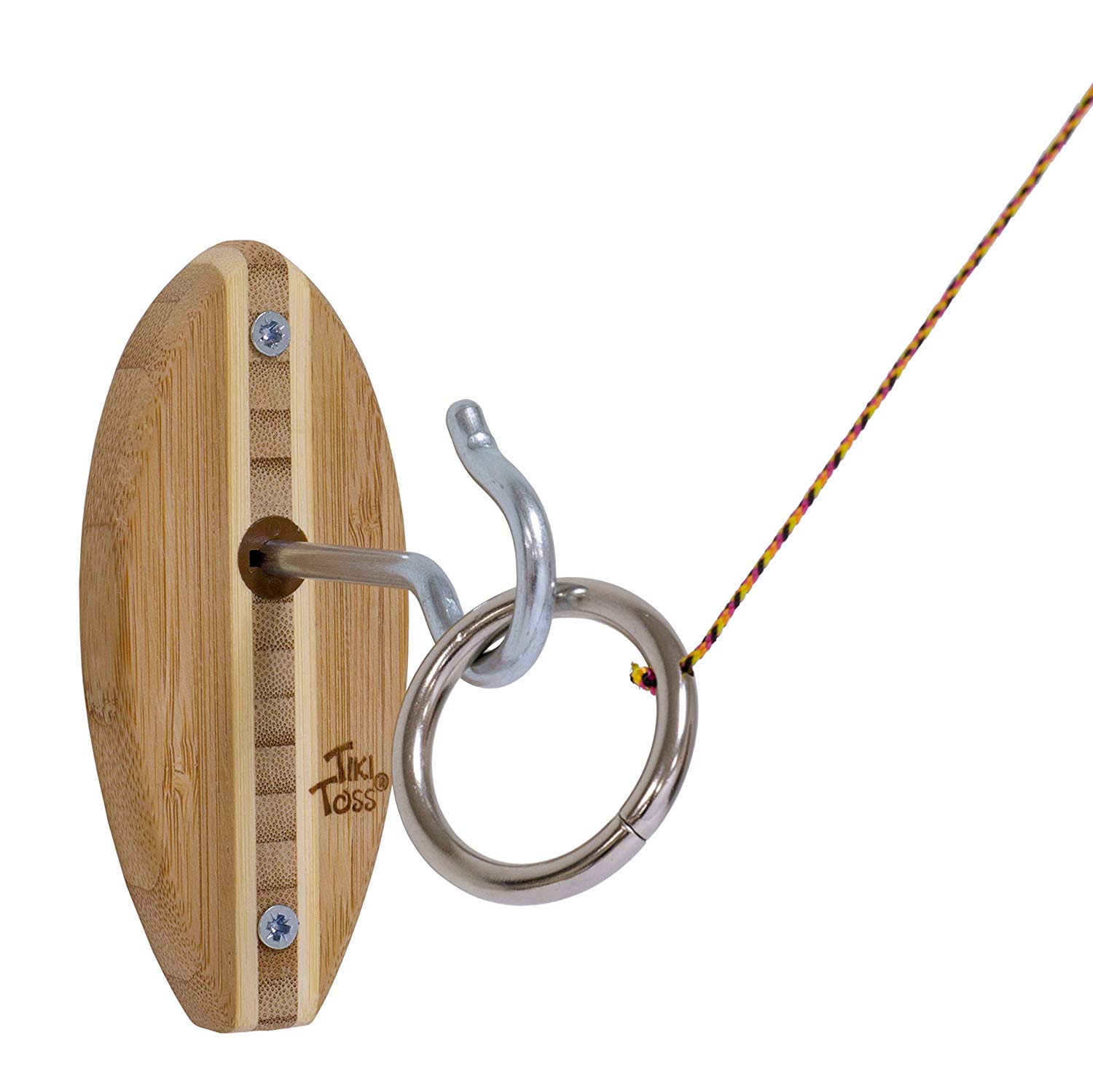 Tiki Toss is like a very simple version of Hookey.  The key difference is that the ring is attached to a string, which changes how it is propelled at the board.  It is a surprisingly addictive wall game that will keep your kids occupied for hours.  There are multiple ways to score tiki toss.  You could make the winner the first person to land the ring on the hook or the person who lands the most successful throws from 20  attempts.  See the Tiki Toss game in action and buy a Tiki Toss board. 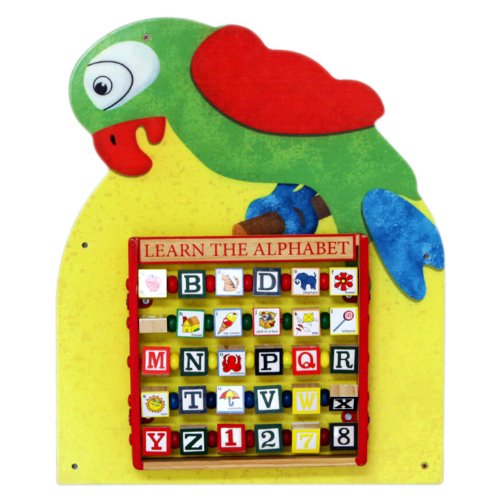 This is a fantastic wall game for kids who are just starting to learn the alphabet.  It involves a wall panel that holds the letters of the alphabet and the objects that start with that letter on the flip side.  Children can memorise each letter and associate it with real world objects. 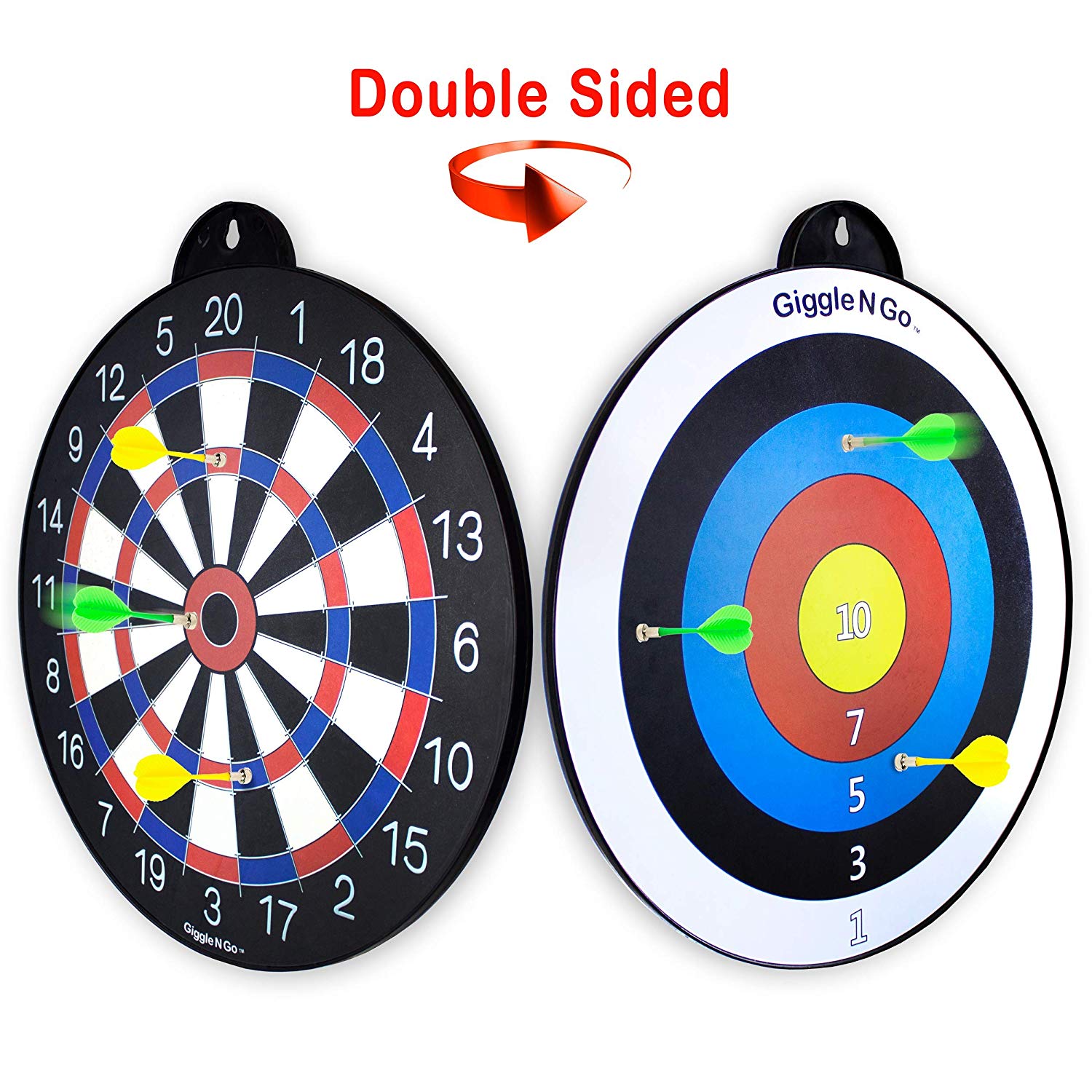 This is another brilliant alternative to using a standard dart board.  Instead of using sharp and potentially dangerous darts, it uses a metallic board with magnetic darts.  There is no risk of injury or damage to your home.

One of the best options for magnetic darts is the Giggle N Go Magnetic Dart board.  This product has two sides.  On one side is a traditional dart board with the numbers 1 to 20 and a bullseye.  On the other is a much simpler scoring system with the numbers 1, 3, 5, 7, and 10.  This side is the perfect wall game for young kids who can’t throw accurately yet. 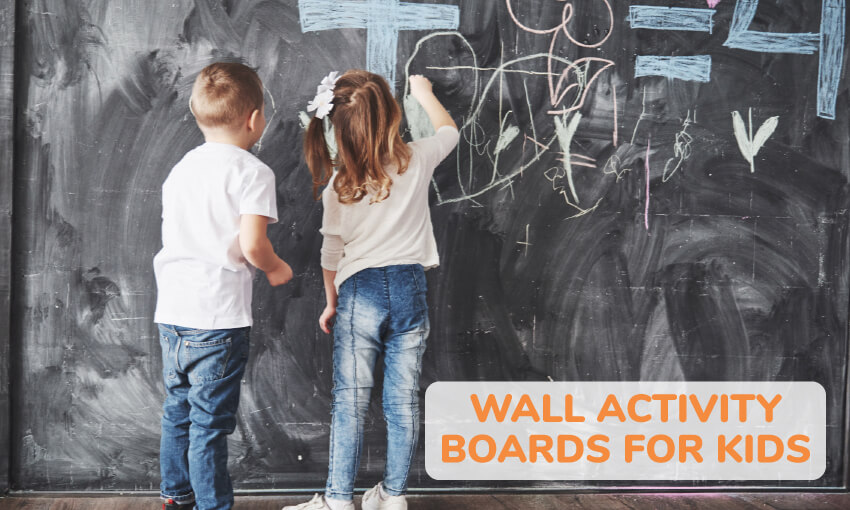 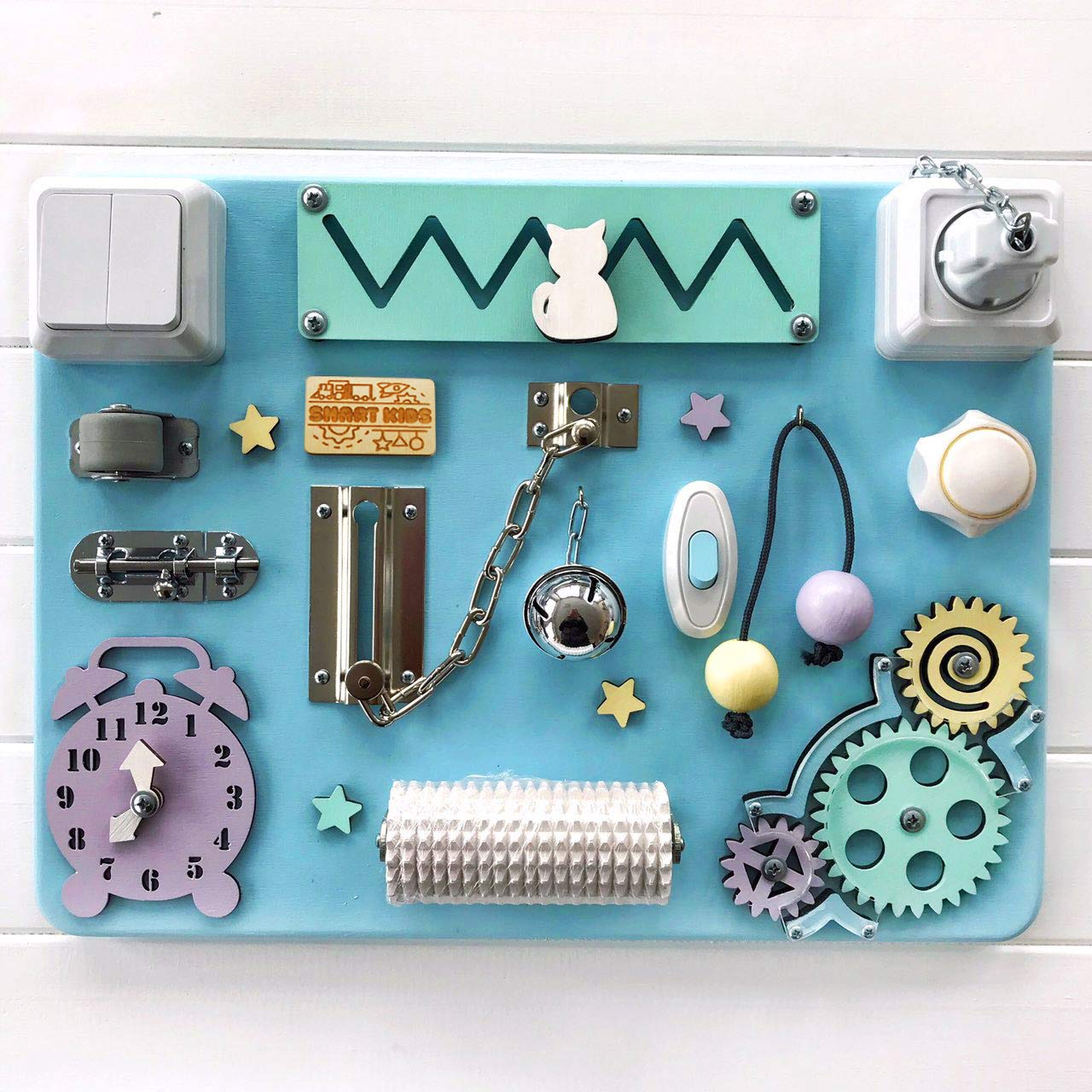 There are many different kinds of wall activity boards available for children of different ages.  One example is this “Busy Board” which incorporates a wide variety of mechanical items that children can play with.  This tool uses the Montessori Principles of Natural Learning, which help kids develop fine motor skills, creativity, and logical thinking.  As they play with the locks, cogs clocks and other items, they are learning about how items in the real world work.

10. Calendar board for kids 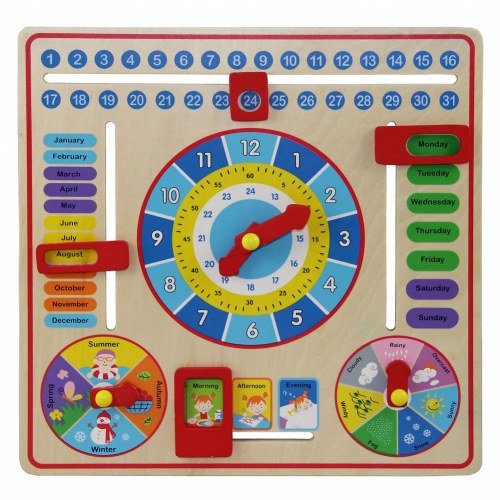 Calendar boards are fun activity boards which teach children the concept of time.  Kids can use the board to track the time, day, week, season, and weather each day.  They can also create “imaginary” days in the future that have a certain combination or weather at certain times. 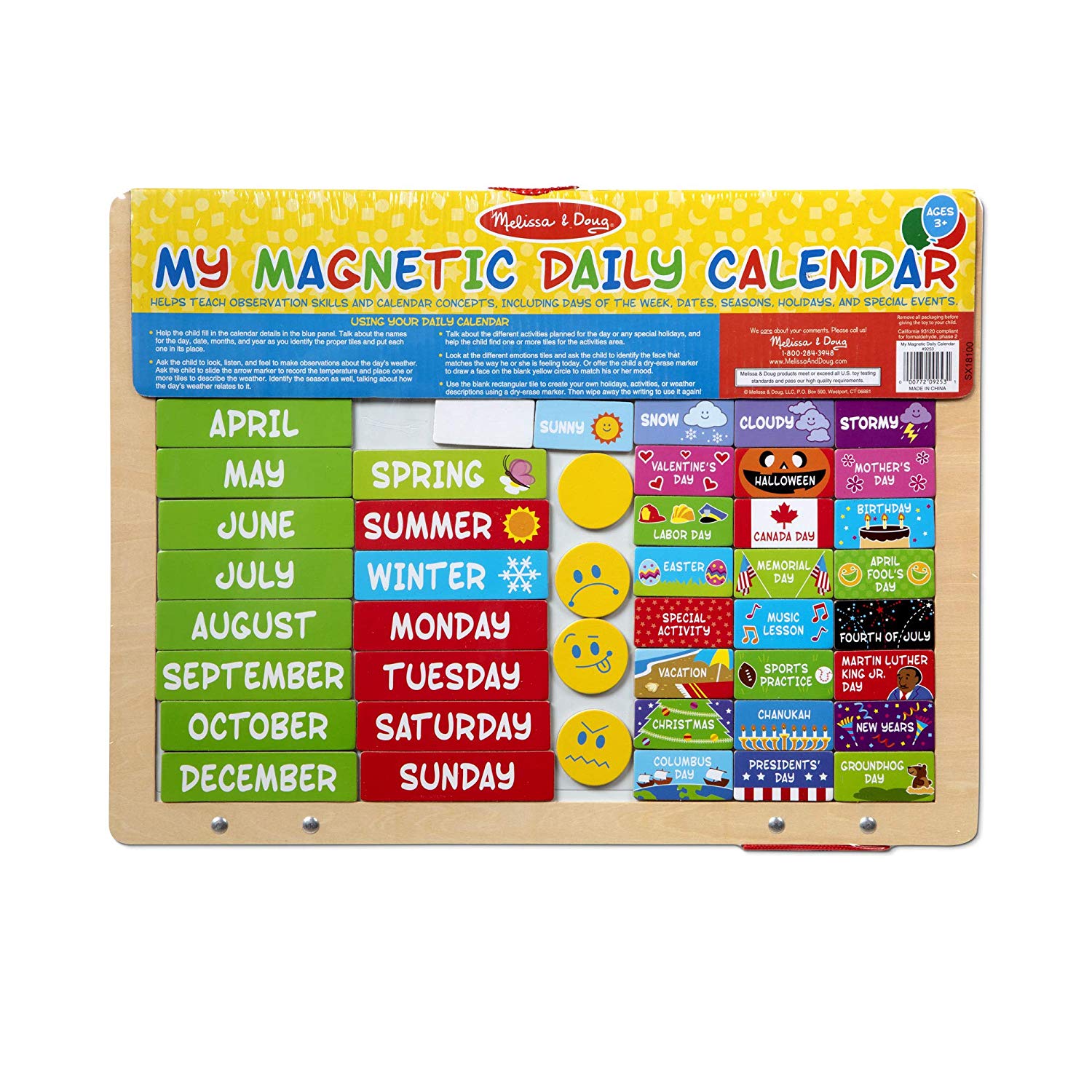 This board also includes temperature, year, and a variety pf colourful magnetic tabs for tracking special days like Easter and Christmas.

Magnetic marble runs are fun wall games for kids which improve their creativity.  The idea is simple — magnetic foam pads are attached to a wall to create a path for marbles to follow.  It’s up to the child to make a path that is as complicated as they like.  Most kids will happily spend hours creating complex magnetic marble runs and having marble races. 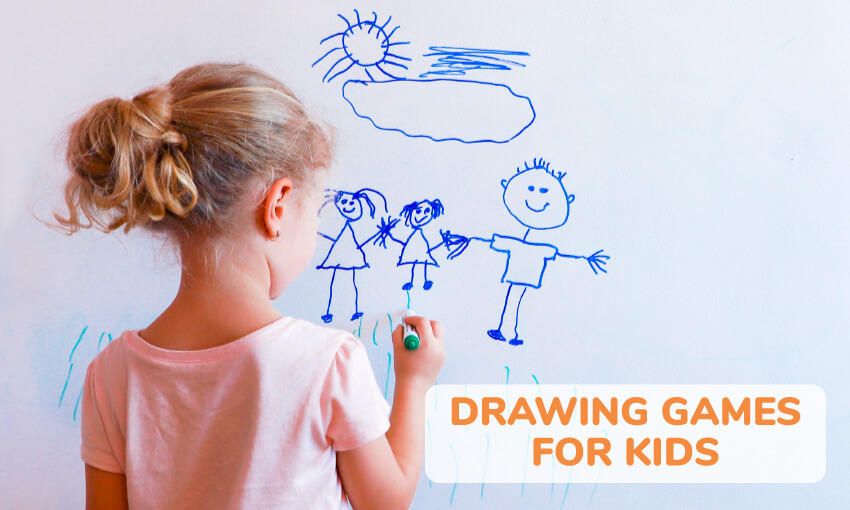 It’s simple to turn kids drawing games into wall games. All you need is a chalkboard wall decal or a whiteboard.  Some of the best drawing wall games  include:

Exterior walls are perfect for ball games.  The rules of kid’s handball are pretty simple, a player must hit the ball with their hand so it bounces off the ground and hits the wall.  The ball cannot bounce twice, it can’t hit the wall on the full, and it must stay within the area of play.

You can draw boxes with chalk for all of the players in the game in a line adjacent to the wall.  When a player loses a point, they go back a square and if you win, you go forward.  The player in the top square is “king”.  There are countless variations of handball, here are just a few.

If you want to play more technologically-advanced games, you could use a projector to play some of the games provided by Lumo Play.  It is interactive display software that can can be used to project games onto a wall or floor.  As the kids interact with the projection, it changes in real time.  Some of the most interesting games that are available include:

Thanks for reading 14 Wall Games for Kids!  Try some of these games out, your kids will love them.