Skip to content
Disclosure: This post may contain affiliate links, meaning I get a commission if you decide to purchase through my links, at no cost to you. As an Amazon Associate, I earn from qualifying purchases. Read the full disclosure here. 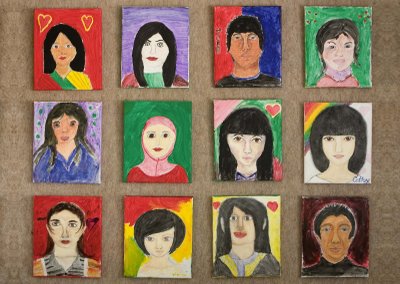 Some languages have more than one word for what English speakers think of as a single entity.

Since ice is so important in their lives, the Inuit people reportedly differentiate among the various kinds, from slush ice to black ice. Have children choose something important to them – stickers, ice cream or ???– and MAKE-UP WORDS for different kinds.

Nodding the head to signify “yes” is not a universal gesture. To some people from Greece, Turkey and various Middle Eastern regions, nodding means “no”.
The way many Westerners wave good-bye is the same way people in some Middle Eastern cultures indicate “come here.” Suggest that youth MAKE UP SOME ENTIRELY NEW GESTURES, such as puffing their cheeks to indicate impatience.

Each family has its own folklore, a set of beliefs, myths, tales and practices. Suggest that children interview teachers, caregivers, and other kids’ parents. Ask what region or country the family came from; whether they recall special holiday games or food from their childhood; whether they know any dances, songs or language from “the old days” and if they know of any special “family rules.” (For instance, one boy and his sister set the rule that you can only eat one piece of popcorn at a time out of the bowl.)
From: parenthood.com

THE CRAYON BOX THAT TALKED
Poem by: Shane DeRolf

While walking into a toy store the day before today
I overheard a crayon box with many things to say
“I don’t like Red!” said Yellow and Green said “Nor do I”
“And no one here likes Orange but no one knows just why”
“We are a box of crayons that doesn’t get along
Said Blue to all the others “Something here is wrong”
Well, I bought that box of crayons and took it home with me
And laid out all the colors so the crayons all could see
They watched me as I colored with Red and Blue and Green
And Black and White and Orange and every color in between
They watched as Green became the grass and Blue became the sky
The Yellow sun was shining bright on White clouds drifting by
Colors changing as they touched becoming something new
They watched me as I colored – they watched me till I was through
And when I finally finished I began to walk away
And as I did the crayon box had something more to say
“I do like Red!” said Yellow and Green said, “so do I”
And Blue you were terrific! So high up in the sky
“We are a box of crayons each one of us unique
But when we get together the picture is more complete”

WOULDN’T IT BE TERRIBLE…?
A Poem that Might work with one of your Activities…

Explore and become familiar with other languages. Both the sound of the language and the written word. Learn simple greetings. Learn to count. It can be presented in a class or club format…
For younger children, present with music and games…counting, greetings. etc. Make it fun!
This can get you started… 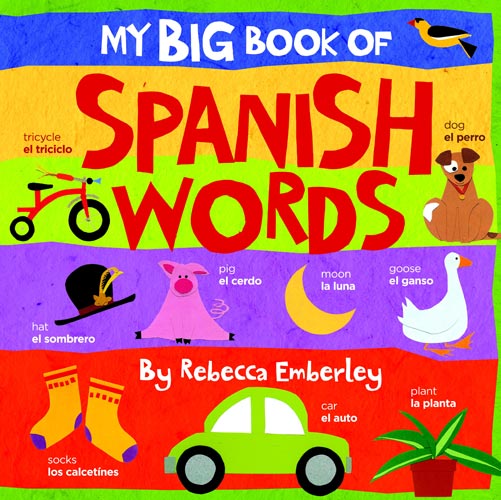 Optional: Ask participants to see if they can guess how many people there are in the world and how many different languages are spoken. (There are ~2800 languages and ~6 billion people. If an equal number of people spoke each language that would be ~ 2 million people per language. You might relate this to local city/town size.).

Challenge the group to come up with as many different languages for “hello” or “thank-you” as possible. When somebody volunteers (e.g., Bonjour!), make sure they say it or repeat it clearly for the rest of the group— who then repeat.

Optional: Before people start making suggestions, ask the group to have a guess to how many collective languages the group will be able to come up with. Don’t allow discussion – just do a quick survey–and take a rough average – that’s the group’s estimate.
The group leader keeps count on his/her fingers.

Optional – to make more difficult or to add variation, try asking for these basic phrases:
Hello…Goodbye
Hello, My name is…?
Hello, How are you?
Yes…No
Please…
Do you speak English?
Numbers 1-5 or 1-10

PEN PALS!!!
‘KIDS MEETING KIDS!’ helps young people by helping them to find ways to speak for themselves, take care of each other and the larger community around them.

THE CASE FOR INTRODUCING FOREIGN LANGUAGE TO YOUNG CHILDREN…

Infants as young as 4 months who live in bilingual environments can distinguish between two languages, monitoring lip and facial movements.  Babies also show a strong preference for the language their mother spoke during pregnancy.

Contrary to conventional wisdom, bilingual children are not delayed in language acquisition.  In fact, words learned before age 5 have an added emotional kick, regardless of how many languages are learned.  Because the child’s brain is developing so quickly, across so many regions, the words learned during this critical period carry thick visual and emotional associations….

Bilingualism enhances attention and cognitive control in kids and adults. Also bilinguals are better at learning additional languages, even if those languages bear little resemblance to the ones they already know.
Source: Psychology Today (October 2010; psychologytoday.com)

Learning about other people and cultures promotes understanding and acceptance. Help children learn about our differences and similarities and appreciate cultural diversity.

I note the obvious differences
in the human family.
Some of us are serious,
some thrive on comedy.

Some declare their lives are lived
as true profundity,
and others claim they really live
the real reality.

The variety of our skin tones
can confuse, bemuse, delight,
brown and pink and beige and purple,
tan and blue and white.

I’ve sailed upon the seven seas
and stopped in every land,
I’ve seen the wonders of the world
not yet one common man.

I know ten thousand women
called Jane and Mary Jane,
but I’ve not seen any two
who really were the same.

Mirror twins are different
although their features jibe,
and lovers think quite different thoughts
while lying side by side.

We love and lose in China,
we weep on England’s moors,
and laugh and moan in Guinea,
and thrive on Spanish shores.

We seek success in Finland,
are born and die in Maine.
In minor ways we differ,
in major we’re the same.

I note the obvious differences
between each sort and type,
but we are more alike, my friends,
than we are unalike.